AfCFTA will be ineffective without a Single African Air Transport Market 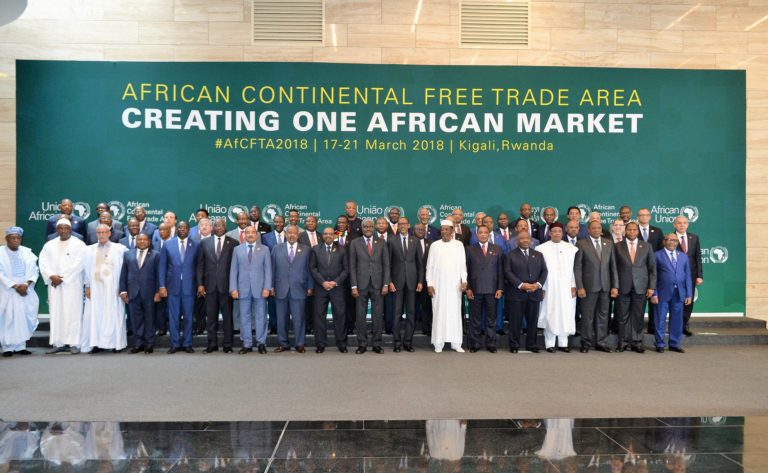 [CAVIE-ACCI] After decades of thoughts and years of postponement, finally the African Continental Free Trade Area (AfCFTA) is up and running, affording all African countries, except Eritrea, to trade under a single market.

As citizens of Africa, we share in the joy for such a trade framework, however, the mission of the AfCFTA which seeks to accelerate intra-Africa trade and strengthen Africa’s voice in the global market space will be meaningless unless the Single Africa Air Transport Market (SAATM) framework is fully implemented.

This article seeks to advance an argument to support why the SAATM implementation by all African countries will be in the interest of all citizens of Africa and needs to be championed just like the AfCFTA.

The SAATM is a flagship program of the AU Agenda 2063 which seeks to create a liberalized single air market for the movement of persons and goods within the African continent. It provides a framework for the protection of consumer rights, fair competition among participating players and a platform for dispute resolution.

SAATM, per the policy documents of the African Union, should have been implemented by 2017 after the decisions reached at the 24th Ordinary Session of the AU Assembly in Ethiopia in 2015. As at 2017 only 21 countries, including Ghana, had signed unto SAATM. In the absence of SAATM, bilateral services agreement is been used by countries to enhance commercial aviation and trade activities.

BASA, Order of the Day

At present, the Bilateral Air Services Agreement (BASA) where a country signs an agreement with another country to allow the movement of designated aircrafts from the countries of the contracting parties to operate passenger and in some cases freight services in addition.

BASA, on the surface of it represents the spirit of the 1999 Yamoussoukro Decision of liberalizing African airspace, however, the benefits of BASA together as a whole cannot be equated in any way to SAATM in terms of the general integration of Africans through interconnectivity.

For AfCFTA to indeed be a true game-changer then the SAATM aspect of things must be considered as soon as possible. Below are some points detailing what SAATM has to contribute to the AfCFTA.

SAATM will eliminate BASA and provide a universal air service agreement which will allow African airlines to operate scheduled flights within the continent with ease. Thus, Ethiopian Airlines will be able to fly passengers from Addis Ababa to disembark in Accra and further proceed with another set of passengers from Accra to Niamey. With this, intra-Africa connectivity will be much easier and African countries will now be more accessible.

Opening of Markets for Trade and Tourism

Under, SAATM, no country will be able to exercise its discretion in choosing which airline flies into their country as has been the case by some government to give leverage to their national airlines and other non-African airlines at the expense of other competent African airlines.

Under the framework, African airlines can now have access to a larger market which will increase their revenue. More importantly, even for countries who do not operate a national airline or have few flights that connects their countries, under SAATM, there will be flights moving in and out to connect people for business and tourism and aid the swift movement of cargo particularly under the AfCFTA.

Under SAATM, an open playing field will be created where there is a single regulation for the setting up of tariffs, capacity and frequencies for air carriers. Airlines will have a huge sigh of relief owing to the fact that tariffs will be subjected to the terms of a regulatory agency under SAATM rather than the whims of individual African governments. That goes to say, airlines will enjoy some tax reductions which will lower their operational cost.
Better Airline Services and Reduced Ticket Prices.

Taxes constitute hugely to the setting of air fares and in a situation where airlines get to enjoy tax reductions, passengers who are at the receiving end will benefit greatly. This will make travelling on the continent attractive and much easier. Again, competition among airlines will be heightened where airlines, aside cheaper fares, will now have to compete for passengers by marketing their unique service qualities.

SAATM, a Catalyst for Agricultural Development

Agriculture accounts for 32% of the GDP of Africa. A liberalized African airspace will provide air connectivity for the movement of agricultural raw materials particularly those that are time-bound within Africa and into the global market.

With agriculture as a major tool for poverty reduction through the creation of jobs, an enhanced continental freight service will serve to motivate African farmers since post-harvest losses will be reduced, now that there is a larger market under AfCFTA. The coming to being of SAATM will also create an opportunity for cheaper air freight charges considering airline competition.

Anytime an airline sets up commercial operations in another country, direct jobs are created for airport and office staff, engineers, cabin crew, among others, and some indirect jobs also in the tourism and hospitality sector. With a liberalized airspace for all African countries, more jobs will be created across to enhance the economies of countries.

The study indicated that complete air connectivity across these 12 countries would add US$ 1.3 billion to the countries’ GDP and create over 155,000 new jobs.

With a full implementation of SAATM, travelling around the continent will be much more convenient in terms of travel time. For example, for a person who wants to travel from Accra to Brazzaville, Congo he or she must spend time travelling to Ethiopia and transfer from there onwards to Rwanda or Uganda before finally entering into Brazzaville.

Another option also could be where the passenger who is interested in just making one stop in either Abidjan or Addis Abba spend more than 10 hours in transit.

In general for the Accra-Brazzaville trip, the traveler will end up spending more than 24hours travelling just across 200km land space from Accra. By the time the traveler heading to Brazzaville arrives, another traveler who intends to travel from Accra to Johannesburg which is 0ver 4000km apart from Accra would have arrived hours ahead.

Why We Cannot Fail to Implement SAATM

By failing to get all African countries to sign up unto SAATM, I do not stand far from arguments advanced by like-minded experts in the aviation industry that, we will be denying some 500,000 Africans the opportunity to travel at cheaper cost and to explore the rest of Africa.

Also, by continuing to rely on BASA, some airlines will continue to be subjected to unfair treatment in the sense that some governments will continue to use their discretion to monopolize the airspace and create undue advantage for others.

The argument goes on but one thing that is certain and can be affirmed by all stakeholders is the fact that SAATM and AfCFTA are inextricably linked in that, the former is one of the key elements that can help bring a meaningful transformation to the African Continent by way of an all-inclusive sustainable development. With this, the turning of the African Continent into a global powerhouse as put forward by the AU’s Agenda 2063 would be realized.