Africa is emerging as an auto industry hub 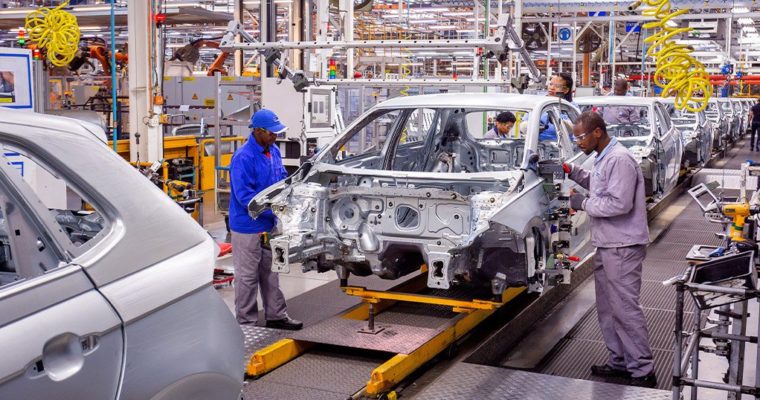 [ACCI-CAVIE] Africans are sick of their land being perceived as a dumping ground for the world’s gas-guzzling, polluting old rust buckets. It sees itself as rich in raw materials, with a strong labour market, increasing population and rising, educated, tech-savvy middle class and it wants things to change. Governments are responding with (many banning the import of second-hand cars) and so is the global automotive industry.

Cost of raw materials and labour rising in Europe

As the cost of raw materials and labour rises in Europe (including Eastern Europe) and the rest of the world, Africa is poised and ready to take over as an auto industry hub and welcome in car manufacturers to bolster its own supply industry – and it’s working. African countries, including Morocco, Angola, Ethiopia, Ghana, Kenya, Namibia, Nigeria and Rwanda are emerging as automotive manufacturing hubs. In 2018, Morocco overtook South Africa as the biggest African exporter of passenger cars with exports in 2019 at €8.5bn. Daimler and BMW are among the primary car companies in Africa, making up over 90% of all passenger cars produced. The majority (80%) of the 400,000 cars produced in Morocco are sold in Europe.

In September 2021, Stellantis announced that the Opel Rocks-e (small electric car) would be produced at the PSA plant in Kenitra, northeast of Rabat, Morocco, which has the capacity to make 200,000 vehicles a year.

Chinese EV manufacturer BYD is also opening a manufacturing plant in Kenitra and word has it that Korean carmaker Hyundai is considering moving to Morocco from Algeria. Renault and Peugeot also have plants in Tangier. Of course, Morocco is closely proximate to Europe and has free trade agreements in place with Europe, the USA, Turkey and the UAE.

In Sub-Saharan Africa, local markets are growing, supplying products and parts to automakers, from seats to axles, local content accounts for 60% of the final product. Labour costs can be as high as 75% cheaper than in European countries (even Eastern Europe). Egypt is also widely expected to become a primary automotive manufacturing centre. Chinese automaker Dongfeng signed an agreement in January with beleaguered, state-owned El Nasr Automotive Manufacturing Company to jointly produce EVs in Egypt. A testing ground for mobility. In Rwanda, VW is testing e-mobility and European production facilities are planned in Ethiopia, Nigeria and Ghana. Ghana is limiting the import of used or obsolete cars and offering car manufacturers a 10-year tax exemption. VW opened its first plant in Ghana in August 2020 to assemble models including the Tiguan, Passat and Polo.

Is there room in Africa for home-grown and foreign cars? Well, maybe not now but with Africa’s rising middle classes and expanding cities, it could change. However, that may push wages up in future, which could make the continent less attractive to foreign manufacturers. In the meantime, it looks as if Africa’s burgeoning automotive industry could thrive.