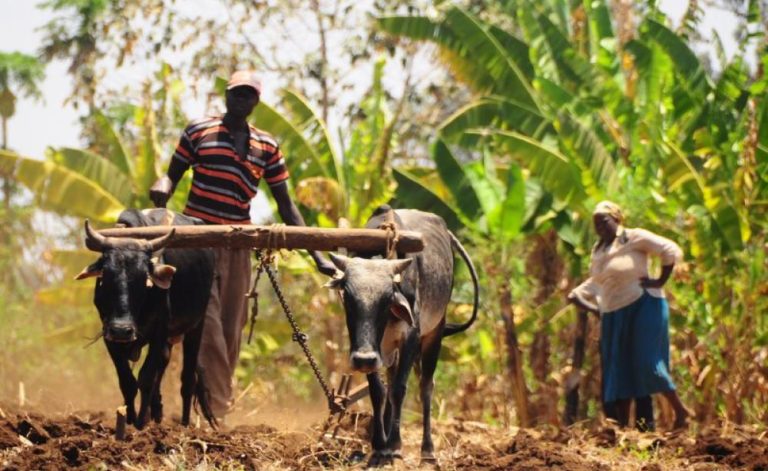 [CAVIE-ACCI] As Africa grapples with disruptions in the global supply chain caused by the COVID-19 pandemic, some see it as an opportunity for the continent to become self-sufficient in food production. The continent currently is a net food importer, spending between US$35 billion and US$50 billion annually on the importation of foods, the majority of which can be grown in Africa.

“The Covid-19 pandemic provides a golden opportunity for Ghana to optimize our potential for food production to meet domestic needs, grow our agricultural exports and create jobs for the youth of this country,” Dr. Owusu Afriyie Akoto, Ghana’s Minister for Food and Agriculture, told a media briefing in the capital Accra. “In the wake of export bans in countries from where we import a large chunk of our food items like rice and poultry, it provides a compelling situation for us to put strategic measures in place to ramp up production for all our key staples,” the minister added. “It also gives us the opportunity to intensify agro-processing, thus reducing post-harvest losses and ensure year-round food availability, whilst creating the needed jobs.”

Vanessa Adams, vice president of Strategic Partnerships at Alliance for a Green Revolution in Africa (AGRA), agrees that the worldwide slowdown of agricultural activities caused by the pandemic provides a great opportunity for Africa to feed itself. “I’m a firm believer that a crisis is also an opportunity. We should use this crisis as an opportunity to build more resilient food systems,” she said in an interview.

Why can’t Africa feed itself?

Africa has more than 60 percent of the globe’s arable uncultivated land. But the continent imports a lot of rice, maize, poultry products, sugar and other food products from the United States, China, South America and other parts of the world. Africa’s poultry industry, for example, has struggled over the years because imported products are usually less expensive than those that are home-produced. This has led to the local poultry industry collapsing in many African countries.

Isn’t it curious that poultry products produced in France and shipped across the Atlantic Ocean, all the way to Togo, could cost about 50 percent less than chicken meat produced in the capital city of Lome? This is mainly because producers in advanced economies benefit from government subsidies, lower production costs and economics of scale from managing larger operations. Additionally, poor road and railway infrastructure can make it more expensive to transport foods from Africa’s rural areas to urban centers than to ship in products from overseas.

In the rice sector, for example, a lot of consumers shy away from local produce on the claim that imported ones from the US and Thailand have better taste and aroma. For some food products like maize, Africa’s capacity to produce enough and process it for long term storage is simply non-existent, thus encouraging importation. Related article:  Will gene editing boost food production? The potential of a ‘revolutionary technology’

What opportunities can lockdown bring?

With COVID-19 making it more difficult to produce, process and move food across the world, a report published by the World Food Program (WFP), Food and Agricultural Organization (FAO), USAID and 13 other organizations has called for scaled up support for local food markets, as well as local processing and transport systems to help cushion the global food supply chain from the pandemic.

African farmers agree now is the right time to give farmers increased support so they can produce and distribute food in their localities without having to transport products over long distances. “There can be more than enough food here that can feed us without importation,” Opambuor Oboadie Bonsu, president of the Concerned Farmers Association in Ghana Nana, told the Alliance for Science. “In this era of COVID-19, everywhere is on lockdown. It is now time to stop the importation of food and consume local food. More investments are needed in roads and other areas to transport the food.”

According to Ghana’s minister for food and agriculture, the government is committed to increasing investment in the agricultural sector to help the country cut down its annual $2.4 billion food import bill, almost half of which is spent importing rice. Ghana already has increased annual local production of rice from 150,000 metric tonnes in 2016 to 655,000 metric tonnes in 2019 as part of its plan to become self-sufficient in about three years through investments in better seeds, among other approaches. “This year, we expect to grow even more,” Afriyie said. “And it’s all hinging on the quantity of improved seeds of rice we are distributing. The Ghanaian farmer has proven beyond doubt that with the right support from government, they will deliver. And they are delivering.”

Dr. Yemisrach Melkie Abebaw, an Ethiopian scientist with the Plant Biotechnology Research team at the Ethiopian Biotechnology Institute, said one sure way to make the continent less dependent on imported food is to take advantage of genetically modified (GM) seeds. “Genetically modified crops represent one of the modern biotechnology approaches with the capability of changing the fate of agriculture in the new millennium,” she said. “The creators of GM crops emphasize the potential of genetic engineering to benefit society by increasing crop yields, improving food quality and developing environmental stress tolerant crops.

“GM crops have the potential to contribute to current effort to address the major agriculture challenges in Ethiopia, including low productivity, pest and diseases, drought, malnutrition, climate and environment change, and post-harvest-losses,” she added. “It provides new tools to develop abiotic and biotic stress tolerant varieties.”

The Editorial Staff (with GLP and HMB)