Africa to be the last promising market in Automobile 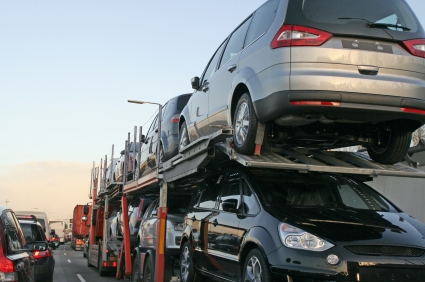 [CAVIE/ACCI] With the increase in demand and fast-growing middle class of the African countries, various Japanese automakers are looking to focus more to satisfy the growing demand of vehicles in Africa.

The major automakers like Toyota and Nissan are expanding sales and products in the African market. According to a US-based research company, Frost, and Sullivan, the company estimates that the demand of automobile in African countries will double by the year 2025 form 1.55 Milion to 3 million vehicles demanded.

Although the largest demand in Africa is that of used cars, car manufacturing companies from Japan estimate that the demand will soon shift to brand new vehicles as the personal income of Africans keeps rising.

With the rise in demand of Toyota cars, the company is planning to move its sales and marketing operations to one of its members of the Toyota group, Toyota Tshusho to be able to serve in 53 countries of the 54 countries that are in Africa.

In a report, Toyota stated that “Toyota Tsusho has more than 10,000 Toyota Tsusho Group employees on site in Africa and has great strengths when it comes to doing business in Africa.”

Nissan also wants to give more choices to its customers and says it will increase variations of the vehicles by introducing models which include more passenger capacity vehicles to offer to the large middle class.

Last year Suzuki and Toyota said they are looking forward to partner in some of their operations and as one of the sectors they wish to partner in is their African markets, Suzuki is considering teaming up with the Japanese top automaker Toyota in logistics and other market services to win big.