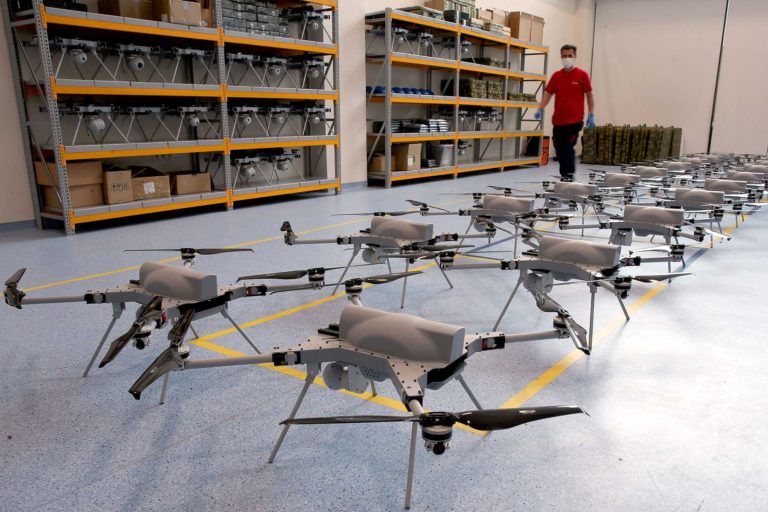 “In the last 19 years, Turkey has taken many steps in the field of the defense industry, which also struck Angola’s attention,” Erdoğan told a joint news conference with Lourenco in the capital Luanda.

He added that the defense ministers of both countries will hold further talks regarding the issue.

Angola’s bid comes amid growing interest in the Turkish UCAVs after their successful use in international conflicts.

Just last week, Turkey was reported to have expanded the export of its renowned drones by negotiating deals with Morocco and Ethiopia.

This was followed by a statement from Industry and Technology Minister Mustafa Varank, who Friday said Turkey had presented options to the U.K., which is “very interested” in buying Turkish-made armed drones

Ukraine and Turkey’s NATO partner Poland have also ordered armed drones, which military experts say are cheaper than market rivals made in Israel, China and the United States.

On defense cooperation with Angola, Erdoğan stressed his country was ready to provide the southern African nation with all kinds of support. He underlined that Turkey would continue to support Angola in its fight against terrorism.

Addressing the Turkey-Angola Business Forum later in the day, the president said Turkey has become one of the world’s three most successful countries in UAVs.

“We are one of the 10 countries in the world that can design, build, and sustain its warships,” he added.

Turkey has seven firms among the top 100 defense companies in the world, and Erdoğan said the country is planning to put its new submarines into service next year.

The president noted the “significant cooperation opportunities” between the two countries in the defense and energy fields, adding that the Turkish and Angolan energy ministers discussed the possibilities Monday.

Erdoğan recalled Turkey’s major natural gas discovery in the Black Sea last year, adding: “We will be more than happy to provide the same opportunities for our Angolan brothers and sisters.”

“Until today, Turkish construction firms have completed five projects in Angola worth $809 million (TL 7.55 billion),” he noted. “It is very important for us that businesspeople from Angola get to know Turkey and business opportunities in our country.”

Erdoğan said the rising cooperation between Turkey and Angola will allow the countries’ businesspeople to get to know one another better and establish cooperation that extends beyond the two nations and their regions.

“In the short-term, we have agreed to raise our annual bilateral trade volume to $500 million,” he noted, up from the current $250 million.

Erdoğan said Turkey’s national flag carrier Turkish Airlines flies to 41 countries, and a total of 61 destinations in Africa. The carrier operated its first flight from Istanbul to Angola’s capital Luanda on Oct. 13.

Turkey has so far increased the number of its diplomatic missions, made military cooperation agreements, provided student scholarships and aided tourism and development across Africa, Erdoğan noted.

The president stressed that the upcoming meetings will usher in “a new era” between Turkey and Africa, referring to the third Turkish-African Business Forum, to be held in Turkey on Oct. 21-22, and the Turkish-African Cooperation Summit, which will take place in Istanbul on Dec. 17-18.

“It is well known that Turkey is quite transparent in its approaches towards African countries,” Erdoğan said earlier in the day. “We have 43 embassies on the continent, and we are developing our relations with all African countries on the basis of mutual respect, solidarity and win-win.” “We are deepening our cooperation with the African Union, of which we are a strategic partner, in a way that will contribute to the growth of peace, stability and prosperity on the entire continent,” Erdoğan noted. by Daily Sabah