As Nigeria readies for 5G deployment 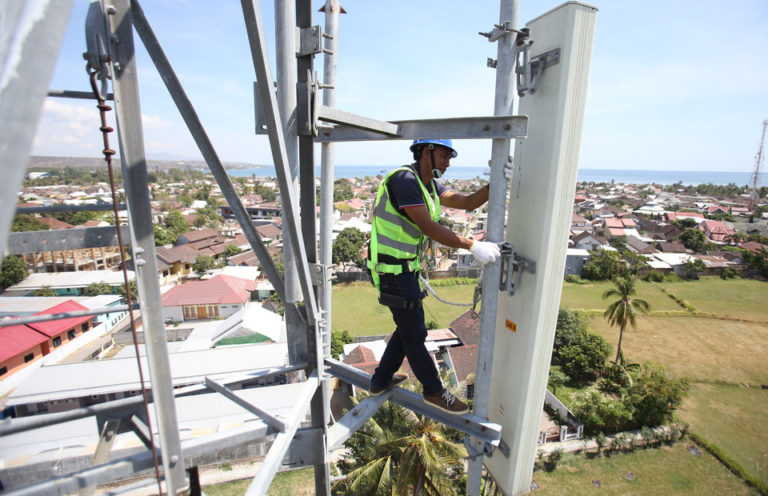 [ACCI-CAVIE] In this report, Assistant Editor, ADEYEMI ADEPETUN, looks at preparation of Nigeria to join the league of countries that have deployed the Fifth Generation (5G) network. Nigeria is expected to deploy the technology by January 2022.

The Fifth Generation (5G) network technology is hitting the mainstream fast. According to a Global Mobile Suppliers Association (GSA) report, over 378 cities in 58 countries had 5G networks as of June 2021, up from 38 about a year ago. A dozen more has had 5G mobile technology deployed in part. It is in fact expected that 5G will reach one billion users in three and half years’ time, compared with four years for 4G and 12 years for 3G.

Now, going by the declaration of the Minister of Communications and Digital Economy, Prof. Isah Pantami, and the level of work done by the Nigerian Communications Commission (NCC) under the leadership of Prof. Umar Danbatta, commercial 5G network deployment is expected to begin January 2022.

The January 2022 date was declared by Pantami, at a Town Hall Meeting in Maiduguri, Borno State, organised by the Federal Ministry of Information and Culture to address vandalism of power and telecommunications infrastructure last Thursday.

Pantami was represented by Commissioner for Technical Services, NCC, Ubale Maska, at the meeting. The readiness of Nigeria, is coming, after stakeholders across the globe have successfully dealt with misconception and other conspiracy theories linking 5G technology to COVID-19 and the likes of cancer.

5G network, is the advanced form of 2G, 3G and 4G. Nigeria currently operates the last three. Large numbers of advanced countries of the world have adopted the 5G network, while others are considering its adoption in the next few years, because of its high connectivity speed that will drive new technologies like Artificial Intelligence (AI), Machine Learning (ML) and Internet of Things (IoTs), among others.

5G is designed to be a system that will bring flexibility to mobile, fixed and broadcast networks and support more extensive data requirements. The technology will impact the way interactions are done by enabling in some cases, unforeseen business models, enhanced lifestyles all resulting in increased productivity.

5G is a new global wireless standard after 1G, 2G, 3G, and 4G networks, which enables a new kind of network that is designed to connect virtually everyone and everything together, including machines, objects, and devices.

“5G has the potential to provide 20 times faster data speeds and carries a massive amount of data for a large number of simultaneous users. So users in high-density areas – like airports, stadiums or urban areas – can still experience the fast speeds and low latency of 5G service.

5G network is designed to carry data up to 10 times faster than 4G networks. This means HD movie can be downloaded in seconds.

Despite its identified benefits, Ericsson Mobility Report for June 2021, showed that 5G network remains slow in sub-Saharan Africa (SSA), but it is expected to tick in the region over the next few years.

Although 5G subscriptions were still below one per cent of total subscribers in SSA at the end of 2020, Ericsson expects “discernible volumes of 5G subscriptions” by 2022, reaching about seven per cent in 2026.

The report, however, noted that 3G will remain the dominant tech on the continent – with a share of over 40 per cent of mobile subscriptions in 2026. It predicted that 4G will grow to be about 28 per cent of the region’s subscriptions by 2026.

In the Middle East and North Africa (MENA) region, commercial 5G deployments are happening faster and 5G subscriptions exceeded one million at the end of 2020. Significant 5G volumes are expected in 2021 and the region is likely to reach around 150 million 5G subscriptions in 2026, representing 18 per cent of total mobile subscriptions.

Globally, 5G is expected to be the fastest deployed mobile communication technology in history and is forecast to cover about 60 per cent of the world’s population in 2026.

At the end of 2020, 4G accounted for around 15 per cent of subscriptions in sub-Saharan Africa while 3G was still the biggest portion at 43 per cent, followed by 2G at just under 42 per cent.