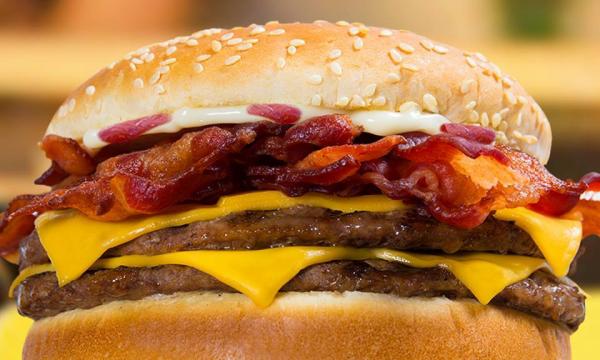 [CAVIE/ACCI] Burger King is in talks to open restaurants in sub-Saharan African countries, including Nigeria, as the US fast-food group accelerates its international expansion to better compete with rival McDonald’s.

Daniel Schwartz, chief executive of parent company Restaurant Brands International, told the Financial Times that the world’s second-biggest hamburger chain was “significantly under penetrated” in the continent, where it had a “huge opportunity”.

Burger King is one of many global companies drawn to Africa’s demographics. The UN predicts that the world’s 10 fastest-growing cities between 2018 and 2035 will be in the continent. With a median age of 19, Africa’s population is expected to double to more than 2bn by 2050 and to double again by the end of the century.

Burger King, majority owned by the Brazilian private equity group 3G via Toronto-based RBI, is adding about two or three restaurants per day globally. Openings are expected to come in at about 1,000 this year, up from little more than 600 in 2015.

Most of new foreign stores will be in Asia and Europe. The hamburger chain has opened about 600 restaurants in Russia from a standing start eight years ago, and is on track to open its 1,000th outlet in China by the end of the year.

However, the Whopper maker’s global footprint of fewer than 17,000 restaurants — nearly all of them franchised — is less than half of McDonald’s, which has more than 37,000 restaurants, of which more than 3,000 are operated by the company itself.

Shares in RBI have underperformed McDonald’s by 9 per cent in the past four years, in part because of difficulties at the Canadian coffee chain Tim Hortons, which it also owns. Intense competition in its home US market has added to the pressure. RBI’s $14.5bn market capitalisation is little more than a tenth of McDonald’s.

“We are so under penetrated around the world relative to our peers — and ourselves in the US,” said Mr Schwartz, 38. “We’re just scratching the surface.”

Burger King has been moving into the region over the past 18 months, striking a deal with Servair to expand in markets including Kenya and Ivory Coast.

Nigeria, Africa’s largest economy, was “one of the places I try to go to as often as possible to meet investors and potential partners,” said Mr Cil, adding that Burger King had “a lot of work to do” in Nigeria “in terms of infrastructure and supply chain”.

” Burger King’s interest in expanding in Africa’s most populous nation comes as Nigeria’s economy is inching out of a recession brought on by the oil price crash. Unemployment has soared to more than 18 per cent.

President Muhammadu Buhari’s administration has come under fire recently for its treatment of South African telecoms company MTN, the country’s largest mobile operator with more than 50m subscribers, and among its biggest non-oil foreign investors.

In August, the central bank accused MTN of illegally repatriating $8.1bn in dividends. A week later, the attorney-general’s office slapped the company with a bill for $2bn in back taxes. Executives in the commercial capital of Lagos have warmed that the moves will spook foreign investors. In spite of the challenges of doing business in the west African country, Nigeria has moved up 24 positions on the World Bank’s ease of doing business index, from 169 in 2016 to 145 in 2017.