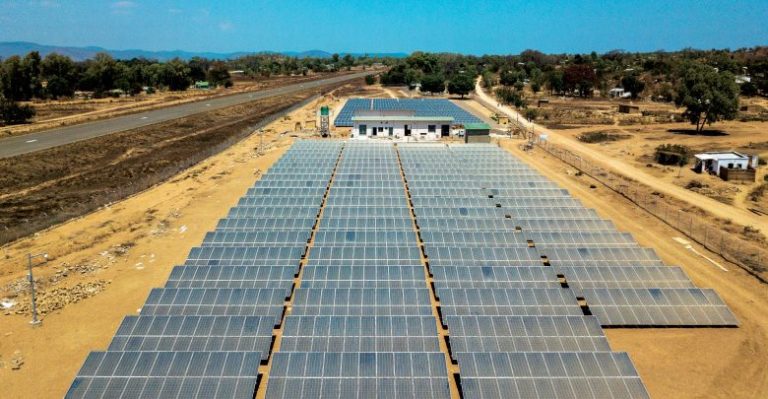 [ACCI-CAVIE] The Bwengu Solar PV Power Plant will span 105 hectares of land and is scheduled to be completed in 12 months at the cost of $65 million. This project was announced as part of the signing of a 14-power-purchase-agreement (PPA) arrangement involving various energy companies.

A partnership led by Quantel Renewable Energy, a US-based independent power producer, has begun work on a 50 MW solar power facility in Malawi. The Bwengu Solar PV Power Plant would span 105 hectares of land in Bwengu, in the Northern Region’s Mzimba District, and is anticipated to be completed in 12 months at the cost of $65 million. The facility will be built at Ulalo Nyirenda hamlet, which is within one kilometre from the Bwengu Escome Substation electricity grid.

Malawi’s Ministry of Energy stated in a statement that this increased electricity is in accordance with the government’s target to generate 1,000 MW by 2025, as well as SDG 7 to enable access to cheap, dependable, sustainable, and modern energy for all. He went on to say that the power plant is also in line with the National Energy Policy’s goals of diversifying energy sources for power generation and the locations of power plants in the country.

Quantel began working on the project in 2019. According to the International Renewable Energy Agency, Malawi will have around 24 MW of installed solar power by the end of 2020. With a population of around 19 million people, the landlocked country has a power generating capacity of approximately 363 MW, with hydropower accounting for nearly 90% of that capacity. Access to power is now 4% in Malawi’s rural areas and 42% in urban areas. Overall, just 11% of people have access to power, which the government hopes to boost to 30% by 2030. According to Quantel CEO Marvis Fields, the Bwengu Solar PV Power Plant may potentially increase to 65 mwp/year, resulting in an adequate supply of clean and sustainable energy to Malawi’s homes and businesses. By Amanda Saunyama