Chad Military Takeover Will Likely Cause Instability in Darfur Region 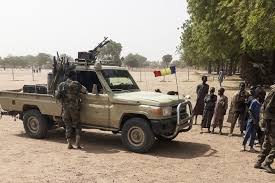 [CAVIE-ACCI] A U.S.-based Sudanese analyst says Sudan’s transitional government should remain neutral toward the political developments in neighboring Chad, noting the sudden death of Chadian President Idriss Deby is likely to increase instability in the entire Sahel region and could spill across the border into Sudan’s Darfur region.

Suliman Baldo, a senior adviser at the Sentry, an investigative and policy team that follows corruption involving African war criminals and transnational war profiteers, said Deby played a key role in fighting terrorism in the Sahel region. Deby’s absence leaves a security vacuum that could pose serious consequences for Chad, Darfur and beyond, according to Baldo.

“Idriss Deby has been a trusted military ally of France in policing the Sahel region,” Baldo told South Sudan in Focus. “He deployed fighters from the Chadian army to fight several jihadist groups in the north of Mali, Boko Haram in Nigeria and in Cameroon, and also supported the movements in the Darfur region of Sudan. His disappearance will create destabilization in Chad, and that destabilization is expected to affect not only Darfur but the entire region.”

Deby supported armed groups in Darfur in their fight against former Sudan President Omar al-Bashir. Because of the close ties between communities in Chad and Sudan’s Darfur region, political instability in Chad could spill over into Darfur and ramp up sporadic intercommunal fighting between Arab groups and the Masalit in West Darfur, Baldo said.

“Additional destabilization in Chad is going to add oil to this fire,” he told VOA. “We have seen it in the recent attacks in April on El Geneina, capital of West Darfur. The governor basically accused militiamen coming from Chad of having joined their ethnic kin in West Darfur to attack the settled Masalit and the displaced Masalit who were congregated in El Geneina. So that kind of situation is likely to continue.”

Whatever happens on one side of the Chad-Sudan border affects the other, Baldo said.

In the aftermath of the death of President Idriss Deby Itno, his son Mahamat Idriss Deby has taken charge of a transitional military council, appointing 14 generals to run Chad until elections can be held.

Baldo said Chad’s military takeover would increase tensions among Chadian political opposition, as well as armed opposition that had been advancing Tuesday on the capital, N’Djamena, when Deby was killed.

He said Sudan should encourage Chadian actors “to adopt a model similar to that of Sudan, where there’s a de facto power-sharing arrangement between the army, the civilians and the populations that are pressing for a democratic transition in the country and a return to civilian rule.”

If that scenario does not play out, the entire region could be destabilized,  Baldo said.

Ismail Ibrahim, a professor at the Institute of African and Asian Studies at the University of Khartoum, told South Sudan in Focus that despite some “ups and downs” during Deby’s 30 years in power, “he has given Chad a reasonable level of political stability, and that enabled him to contribute positively in trying to bring about political stability within the region and also on the continent.”

Ibrahim agreed with Baldo that instability in Chad would have immediate consequences on the Darfur region.

“No doubt, due to its bordering Sudan, stability of Chad is very important for the stability of Sudan,” Ibrahim told VOA.

Ibrahim said he worried that instability in Libya would continue to affect Chad, as Libya-based rebels, whom the Chadian military blames for Deby’s death, could spill into the Darfur region.

“It’s quite unfortunate that his death didn’t come naturally but as a result of his efforts to fight terrorism in the northern part of his country,” said Ibrahim.

A military general said Tuesday on Chad state TV that Deby had gone to the front line over the weekend, several hundred kilometers north of N’Djamena, to visit troops battling rebels belonging to a group calling itself FACT (the Front for Change and Concord in Chad).

After Deby’s death, Chad’s military took control of the government, dissolved Deby’s government and Parliament, and unilaterally announced an 18-month transitional period. This is a move Baldo said likely would increase military and political tension in the north-central African nation.