Chad : Nigeria to beef up security across borders 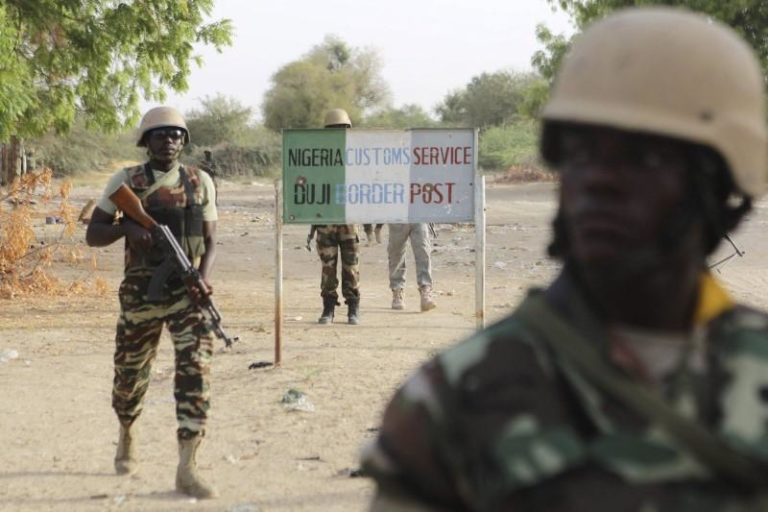 [CAVIE-ACCI] Nigeria’s Defence Minister Bashir Magashi has said the country would beef up security across its borders following the developments in the Republic of Chad.

Magashi said this on Thursday during a State House Briefing held in Abuja to discuss military operation across Nigeria.

He noted that if there were no security in Chad, it would amount to trouble for all other neighbouring countries in the Sahel.

“We are beefing up security at our borders, following the developments in Chad, …If there’s no security in Chad, there will be a lot of trouble for all neighbouring countries,” Magashi stated.

However, he said there is a lot of ongoing military cooperation in that country through the Multinational Joint Task Force (MNJTF).

Chad borders Nigeria’s Borno State, which has witnessed over a decade of lethal attacks by insurgent groups of The Islamic State in West Africa Province (ISWAP), Boko Haram and other bandit groups.

The ICIR had reported the death of Chad President Idriss Deby, who was said to have died from injuries sustained on the frontline in battle with rebels in the country, a day after he was re-elected president of the Sahel nation.

Chad Military Council had announced that the late president’s son, Mahamat Idriss Deby, would replace him against the country’s constitutional provision.

According to the Army, a curfew has been imposed in Chad while all borders have also been shut until further notice.

A report published by SB Morgan, an organisation focusing on geopolitical research and strategic communications consulting around Africa, had described the joint efforts by the Nigerian and Chad government as ‘sporadic and irregular’.

The report titled ‘What elections in Benin and Chad could mean for the region’ states that there has been ‘perceived Nigerian unwillingness to see the insurgency out to a successful conclusion’.

Meanwhile, the Peace and Security Council of the African Union is set to meet today to discuss the political crisis in Chad.