COVID emergency on the U.S. military base in Djibouti 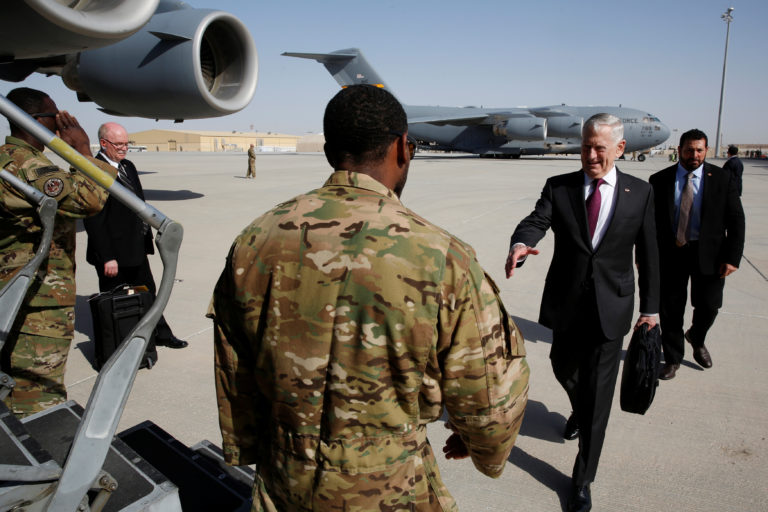 [CAVIE-ACCI] The commander of the U.S. military base in Djibouti declared a public health emergency on Thursday. It’s a 30-day declaration the base officials called “a precautionary measure that gives the commander increased authorities to better manage, prevent and mitigate potential risk to the force as COVID-19 is being addressed in Djibouti.”

This also means the base commander now has “greater ability to ensure preventive measure compliance for non-uniformed populations to include DoD civilians and contractors.” Recall that it’s not just the U.S. in Djibouti; the militaries of France, Great Britain, Japan, Saudi Arabia and China also maintain a troop presence in the tiny African country.

Djibouti and the surrounding countries like Ethiopia, Somalia and Kenya are experiencing the worst locust outbreak in 70 years. “Now, a second generation has spawned,” Reuters reports this week, “just as crops are being planted for the new season, threatening the livelihoods of more than 20 million people” in the region.

One more thing: World hunger could double by the end of the year, the New York Times reported Thursday. “Already, 135 million people had been facing acute food shortages, but now with the pandemic, 130 million more could go hungry in 2020, said Arif Husain, chief economist at the World Food Program, a United Nations agency. Altogether, an estimated 265 million people could be pushed to the brink of starvation by year’s end.”

Bigger picture: “There is no shortage of food globally, or mass starvation from the pandemic yet. But logistical problems in planting, harvesting and transporting food will leave poor countries exposed in the coming months, especially those reliant on imports.” At least 840 of USS Theodore Roosevelt’s 4,865-member crew have the coronavirus, the U.S. Navy announced Thursday. Each of the carrier’s sailors has been tested at least once. Of those, 88 have recovered, and 4,234 have moved ashore to isolation accommodations.

Could America’s adversaries try to weaponize the coronavirus? The Defense Department reportedly thinks it’s a possibility, and so U.S. military officials are now taking the threat seriously, Politico reported in a relatively thin story on Thursday.  Worth noting: Politico has no idea “what led to the increased focus on the risks of Covid-19 weaponization for example, whether officials received intelligence indicating a heightened threat. [But] A Defense official said the weaponization risk still ‘seems to be a lower-risk concern.’” A bit more, here.

Germany’s Chancellor Merkel says now is the time for international cooperation against the coronavirus. “We will be living with this virus for a long time,” she warned in a speech to parliament Thursday. “It would be a shame if premature hope ultimately punishes us all.” More from the Associated Press, here. Washington state is about to become the second state to import COVID-test supplies. An aide to Washington’s governor said the state has placed various orders including one for 350,000 swabs, and expects 100,000 of them to arrive this week from China, Alex Brown of Pew’s Stateline reported Thursday. Washington follows Maryland, whose Gov. Larry Hogan said Monday that his state paid $9 million for 500,000 tests from South Korea.

“There’s a high degree of anxiety for what the future holds in reagent supplies,” the aide said about one of the key materials needed for testing. “It is a problem of massive need outpacing relatively limited supply… All of the different users of testing supplies are competing against one another.” Anticipating the next step toward normalcy, the aide told Pew, “If we’re going to build a system that seamlessly passes off testing results to contact tracers, time is really of the essence.” Washington, which has run about 150,000 tests since it began Feb. 29, is currently doing about 4,000 per day and wants to increase that to 20,000 or 30,000 a day in order to safely reopen its economy. More here.

The New York Times tries to glimpse the future as predicted by five coronavirus models, the least pessimistic of which is “the one most frequently cited by the White House.” One big catch: “They are built around the notion that the current regimen of stay-at-home orders and social distancing will continue. And almost all of them cut off their predictions after two months or less, even though epidemiologists believe that the coronavirus pandemic will be with us for far longer.”

The Editorial Staff (with Defense One and HMB)