Export of Nigeria’s cotton goes down 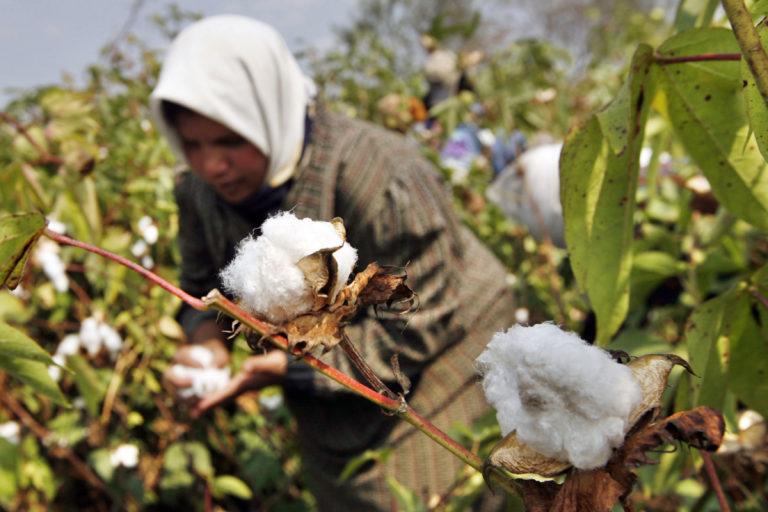 [ACCI-CAVIE] Nigeria cotton export has been on the decline since 2016, according to data sighted by The Nation.

Analysts say the overall performance of the industry has been in a state of crisis.  Most cotton grown in Nigeria is done by smallholder farmers, each with less than 10 hectares of land.

According to analysts increased investment cotton production would cater for the growing demand in the region for locally manufactured high quality clothes and leather products. Data by UNCTAD indicates that the cash crop generates income and welfare for over 250 million farmers across the globe.

The nature of global supply chains and West Africa’s role in the textile industry are illustrated by the case of African wax prints, which are clothes with colourful patterns made out of 100 per cent cotton fabric.

The West Africa Competitiveness Programme, created as a partnership between the EU and ECOWAS, estimates that establishing a garment supply chain in the region could boost the industry’s value by as much as 600 percent. This would involve building capacity along the entire supply chain: spinning cotton into yarn, weaving yarn into fabric, and dyeing, printing and designing finished clothing.

To this end, efforts are being made to bolster the supply chain and increase processing capabilities across West Africa.