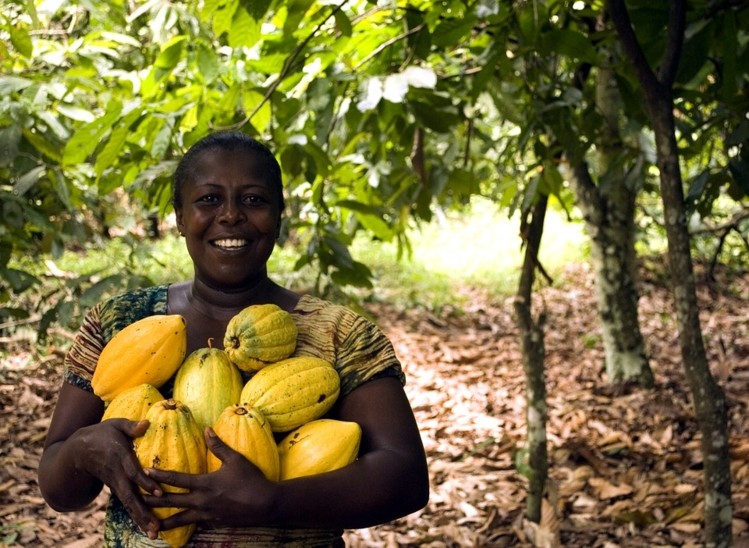 [CAVIE-ACCI] A series of schemes from Fairtrade International designed to assist cocoa farmers in Ghana and Ivory Coast has made notable gains in improving conditions for farmers, according to a progress study.

According to the organisation’s West Africa Cocoa Programme, which launched in 2016, it set out key aims of strengthening cocoa cooperatives and to enable them to form long-term trading relationships, as well as securing living income for those working in the sector.

The venture provides training, coaching and advisory support to Fairtrade certified cocoa cooperatives and their farmer members. In 2019, there were more than 34,000 training attendances, a 32 percent increase from the year before. All cooperatives receive training on the Fairtrade Standards, including areas such as democratic decision-making for using the Fairtrade Premium, fair contracts, and more.

Consequently, the inaugural report into the programme describes findings based on its audit data, as well as cooperative management and farmer member surveys conducted in 2018 and 2019, and found that there had been a number of positive developments.  It noted that when farmer cooperatives are better managed and member-focused, they are more sustainable business partners and farmers’ incomes rise, which formed the central theory for taking the initiative’s training programmes forward.

Furthermore, cooperative managers reported a high level of knowledge in five key dimensions including good governance and management, and ensuring members adhere to Fairtrade Standards (with the aggregate score increasing from 88% in 2018 to 93% in 2019).

Significantly, 74% of cooperative farmer members reported that their cooperative had a good to excellent understanding of their priorities.

Almost 9 out of 10 cooperatives report taking at least one action following trainings they received through the programme, such as rolling out a training for their own members, developing a strategic plan, or strengthening their management systems.

“We are pleased to share this report, as part of our continued commitment to transparency both in terms of the efforts we are undertaking with this programme, as well as the results that farmers and cooperatives have reported so far,” said Edward Akapire, Head of the West Africa region for Fairtrade Africa, which implements the programme. “The feedback the report provides is essential for us in seeing where cooperatives are getting stronger, and where we need to focus more attention, whether at the level of training, consultation, advocacy, and more.”

The report also includes data from a sub-set of around 30 Ivorian cooperatives that received an intensive and individualised package of services based on their specific needs, including additional trainings on governance, financial management, good agricultural practices, occupational health and safety, gender rights, income or crop diversification, and more.

Further observations of the report included the fact that producer organisations that are stronger in the areas of management, participatory good governance, and the ability to respond to the needs of their farmer members are more resilient and better trading partners. This in turn expands their Fairtrade sales and enables farmers to progress toward earning a living income.

Several findings in the report also highlight areas of ongoing challenges, both for Fairtrade and for the cocoa sector as a whole, including the need to increase economic impact for farmers and to continue working towards expanding equality for women in cooperatives and in the community.

Fairtrade Africa is using such findings to improve the programme, by convening participants each year to share individualised reports, review results and chart the training focus for the coming year. Chocolate brands have also been part of the dialogue, receiving tailored reports on their own supply chains and having the opportunity to do a deep-dive into the data together with the cooperatives supplying their cocoa. A second annual in-person meeting in Abidjan planned for last month was postponed due to the COVID-19 pandemic. A mid-term evaluation of the programme is also underway.

Commenting within the introduction to the report, Dr. Ngagoy Nyong’o, CEO of Fairtrade Africa, explained there had been a ‘rapid increase in staff capacity and capabilities’ in regard to its programmes, which had given cause for optimism.

She explained that one of the key breakthroughs had come in developing a close relationship with the Ivory Coast government in identifying the most appropriate action for its training schemes.

Dr Nyong’o said: “The cocoa sector seems to be in constant flux. With the implementation of the Ghanaian and Ivorian Living Income Differential farmers should see further income increases from October 2020. This is sorely needed by farmers. Through the piloting of our Living Income Strategy with consumer brands and retailers we aim to provide further evidence of how a holistic approach can chart a route out of poverty for farmers.

“We believe the WACP outcome of SPOs that are effective and resilient as businesses and responsive to their members’ needs is critical. Without these strong organisations with engaged members it will be so much harder to achieve these goals of living income and assurances on child labour, deforestation and other critical issues.”

Jon Walker, Fairtrade International’s Senior Advisor for Cocoa added that stronger cooperative would result from its work, which in turn would foster stronger trading partnerships.

He added “These report contains early detailed monitoring results, but we welcome other entities, from commercial partners to other NGOs, to build on these findings, or work with us to improve our collective impact for farmers.”