Ghana must heed energy transition risk in its oil plans 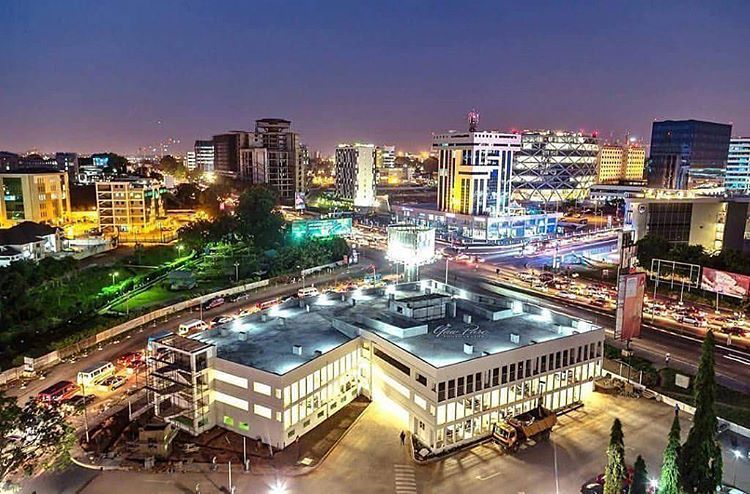 [CAVIE-ACCI] As Ghana plans for the future, the Ghana National Petroleum Corporation (GNPC) has the potential to play an important role in the government’s agenda of sustained growth and economic development.

Oil companies across the world are reexamining their business models in light of the global energy transition toward greener fuels, which threatens to reduce dramatically the long-term demand for oil and gas.

In 2020 alone, international oil companies including BP, Shell and Total wrote off oil projects to the tune of more than $80bn, the result of downward revisions to their assumptions about the long-term price for their products.

Most state-owned national oil companies (NOCs) however have lagged behind in analysing their portfolios for their resilience in a low-carbon world — but it’s not too late to start. As the global energy transition makes the oil sector riskier than ever, Ghana’s stated plans to turn the GNPC into a “world-class operator” — i.e., an oil company that assumes full operatorship of oil fields and competes internationally — warrant renewed scrutiny.

New Natural Resource Governance Institute (NRGI) research estimates that NOCs worldwide are set to spend more than $400bn over the next decade on oil and gas projects that will only break even at high long-term prices that are incompatible with the emissions reduction necessary to stay within the global carbon budget.

Thus, if the world transitions rapidly toward cleaner energy sources, these NOCs and their governments will not turn a profit on the capital they have put at risk.

The GNPC could spend up to $1bn in such investments; that’s one quarter of the company’s total upcoming investment. Not all of this money will come from the government itself: some of it will be “carried,” meaning that international oil companies will loan the GNPC this amount and recoup it in the form of reductions in their future Ghana tax bills.

The GNPC will borrow other tranches of the $1bn from banks and other lenders. In all cases, the burden— and risk — ultimately falls on the GNPC and Ghanaians.

The GNPC received allocations from Ghana’s petroleum funds worth nearly $2bn between 2011 and 2019, constituting a third of petroleum revenue for the period. The corporation has used these earnings to support exploration, development and production costs as well as for administrative, capital and social responsibility expenditures.

Already, the GNPC is making substantial investments in its joint partnership of two blocks and managing its interests in three producing fields, one pre-development field and 14 exploration fields.

These billion-dollar figures reflect the GNPC’s existing growth trajectory. If Ghana were to make a major push to make the GNPC into a world-class operator, the price tag could climb much higher, incurring significant risks for the country.

As international investors and even some international oil companies seek to diversify beyond oil, can Ghana afford to raise its bet on becoming a commercial leader?

The oil sector is only getting riskier. Every cedi the government has invested in the GNPC is money put at risk by channeling it back in the oil sector. The government could have used this money to pay Ghana’s sovereign debt, borrowed at a steep 7.5% interest rate.

The $1bn the GNPC may invest in high-cost projects over the next decade is equivalent to about 18% of the government’s likely expenditure in a single year. These bets may pay off — but if they don’t, can Ghana afford the loss?

Ghana is a resource-dependent country: more than a quarter of its exports come from oil and gas alone. This means that any significant decline in the oil market, for example due to an accelerating energy transition, could plunge Ghana — and the GNPC — into a crisis.

When this happens, the government would have multiple problems to address. The government may even be tempted to bail out the GNPC by directing more public money into the oil industry rather than into programmes to develop the rest of the Ghanaian economy.

To address these imminent challenges, Ghanaian officials should examine the impact that energy transition could have on crude prices, the cost of production, oil and gas exports, and petroleum revenue management. The government should also review the GNPC’s internal and external processes, existing human and financial capacity, and strategic direction in the face of global energy transition.

In its new publication Risky Bet: National Oil Companies in The Energy Transition NRGI makes a number of broad recommendations that governments, NOCs and accountability actors can draw on to manage the energy transition risk. These include:

It’s clear that significant investment in oil is a risky bet in the era of energy transition and that financing such an ambition would be a significant burden on the GNPC and the public purse.

The government, along with civil society organisations and oversight actors, such as the parliament, should engage in bold decisions about the GNPC’s governance structure, mandate and performance, capacity, prioritisation and ultimately its ambitions to become an operator.