How Coronavirus and the global oil price war can impact Nigeria 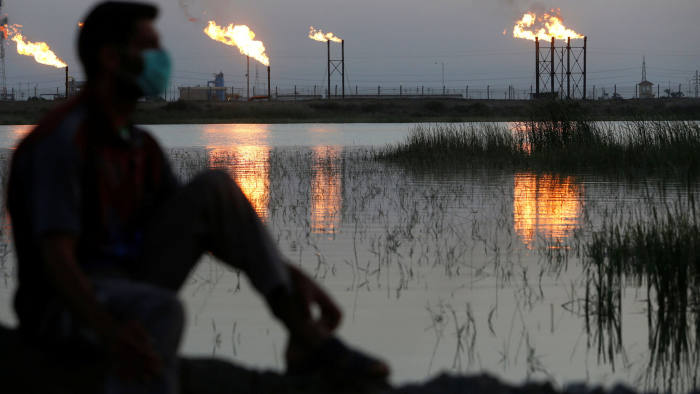 [CAVIE-ACCI] Nigeria is vulnerable to a prolonged period of low oil prices – but it should take the opportunity to deregulate downstream and reform the excess crude account. Brent crude oil prices fell to approximately $33 per barrel (bbl) on Monday 9 March 2020, the worst of its kind fall in a day since 1991. Saudi Arabia, and its erstwhile non-OPEC (OPEC+) ally, Russia failed to agree on the 6th of march on proposed oil production cuts.

Earlier in 2020, oil prices had fallen to almost $45 per barrel, the lowest for years. Back then, the combination of shale oil production from the US and predictions about sluggish global demand growth, was to blame. Now the coronavirus, which has slashed Chinese oil demand more up to 20%, has added fuel to the fire. Some OPEC members could decide to go renegade and pump out more barrels in the hope of compensating for the rapid decline in prices. Already the uncertainty has been devastating to oil markets, with the lack of coordination and trust amongst key OPEC and non-OPEC actors, fueling a new era of volatility.

For Nigeria, an OPEC member, its path to quickly ramp up production is limited by operational, regulatory and infrastructure challenges. While non-oil GDP growth has shown welcome signs of improvement in recent years, close to 90% of Nigeria’s FX revenues still come from oil exports.   Nigeria’s oil price budget benchmark has already been blown out of the water several times this year. This latest rumble is the surest sign yet that the 2020 oil price average may be well below $50/bbl. Many countries that use commodity price benchmarks have not figured out how to weight Black Swan events – i.e. low probability, high impact – of which the Coronavirus is arguably one, in their budget assumptions. In this case, it is the manner in which Coronavirus has spread in a deeply-interconnected world that is alarming.

Global WHO Director-General Tedros Adhanom Ghebreyesus and his organization are at the brink of declaring a global pandemic, with more than 100,000 cases now reported worldwide. Nigeria’s economy has never fully recovered from the oil price crash that took hold in 2014 – 2015. The naira is still a classic petrocurrency whose fate remains intrinsically tied to global oil prices, at least without a seismic shift in economic structure. That shift is not a short-term task. Right now, the stance by Nigeria’s key economic actors to defend the naira will likely be tested by the expected further decline in Nigeria’s foreign reserves – the Central Bank set a $30bn foreign reserves threshold for devaluation. Nigeria is treacherously close. About about $9tn was wiped off global equities in 9 days into early March as a result of coronavirus.

A drop in reserves in Nigeria, from $38bn to $30bn, can happen just as dramatically. Nigeria’s FX reserves are there to help the Central Bank preserve the naira’s value; Central banks can sell FX reserves to buy their local currencies in an attempt to uphold the currency’s value. This action depends on the supply of FX, and any action taken by Nigeria’s central bank could actually provide an indicator to foreign speculators of impending devaluation. The cycle would be aggravated if foreign investors begin to exit Nigerian equities and bonds en masse. If the CBN strategy fails and Nigeria runs extremely low on reserves, the naira could depreciate, allowing speculators to arbitrage. Nigeria’s gross foreign reserves are at a similar level (around $38bn – as they were in 2014/15 when oil prices also fell steeply) compare both periods with the $53bn in foreign reserves Nigeria had in 2008, at the height of the global financial crisis, and which still incurred a heavy economic toll on Nigeria.

Devaluation would lead to increased importation costs for raw materials and other soft and hard commodities that have to be paid for using FX. Raw inputs for manufacturers will become more expensive and ultimate losers will be everyday consumers who will see further erosion in their purchasing power. A Central Bank intervention to adjust the value of the naira, is almost certain if FX reserves run below the threshold set. What is a bigger unknown is whether such an intervention will be heavily pre-emptive as the current official exchange rate is the longest-run of stability that Nigeria’s FX regime has had in decades.

Recently, low interest rates in advanced economies have allowed Nigeria’s central bank to ease rates locally, but if oil prices continue to come under pressure, putting further pressure on the naira, there will be pressure to hike rates. The combination of rising inflation which is currently at about 12% and naira devaluation risks may force the Central Bank’s hand on rates. All of Nigeria’s 2020 budget indicators; an oil production volume of 2.18 million barrel per day, oil benchmark of $57, N305 exchange rate to the US dollar, GDP growth rate of 2.93%, and inflation rate of 10.81% now appear out of reach, and will most likely result in a downsizing of expenditure plans in 2020.

Global investment bank Goldman Sachs has lowered its Brent oil forecasts to $30/bbl for Q2 and Q3, and by most estimates, the rest of the year will be gloomy. Demand is weak and dwindling, with cargos of West African crude blends from Nigeria other African countries now heavily discounted to buyers mostly in Europe or remaining unsold. There are no quick fixes for Nigeria, but this may be a good time to plug some of the wastage. Nigeria needs to deregulate the downstream energy with a focus on gasoline subsidies, which promotes rent seeking and has fueled several inefficiencies within the downstream oil network.

The Editorial Staff (with TAR and HMB)