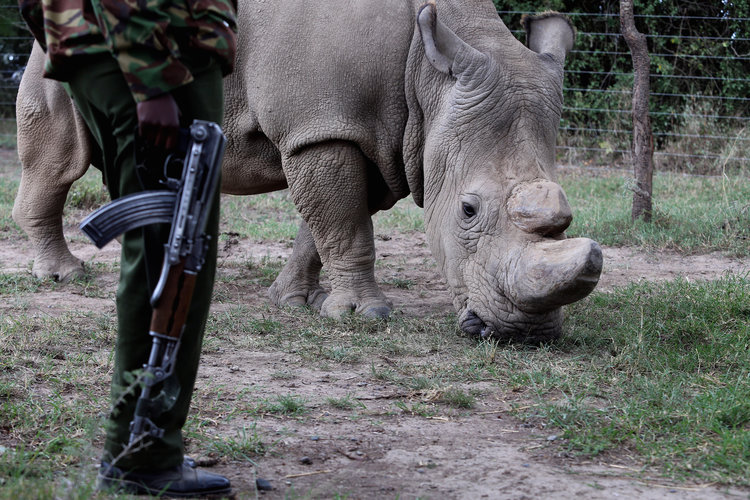 [CAVIE-ACCI]  There are two unique twists to the fall of Kenya’s most famous organised crime family, accused by the DEA of being major heroin and methamphetamine dealers.

The US Drug Enforcement Administration just brought down one of Kenya’s biggest drug organisations and at the same time struck a blow against corruption and the illegal ivory trade that is killing off African elephants.

They might look like a standard US victory in the “War on Drugs” and an example of the extremely long arm of American law enforcement. But the guilty pleas of Baktash Akasha Abdalla, 41, and his brother, Ibrahim Akasha Abdalla, 29, to drugs, weapons and obstruction of justice charges is much more than that.

There are two unique twists to the fall of Kenya’s most famous organised crime family, accused by the DEA of being major heroin and methamphetamine dealers who connected Afghanistan’s opium to New York’s drug markets.

One is that that American law enforcement secured convictions of Kenyan officials for bribery that happened in Kenya. The second is that by taking out the Akashas, the DEA put prolific illegal ivory traders out of business.

The Akashas’ guilty pleas to the obstruction of justice charges stemmed from their attempt to bribe their way out of extradition from Kenya, including payoffs to judges, prosecutors and law enforcement officers that amounted to hundreds of thousands of dollars, according to the US Justice Department.

The pair and two associates were arrested in Kenya in 2014 after agreeing to provide 99 kg of heroin to undercover DEA informants who were posing as South American drug dealers.

The extradition process took three years and included a sadly familiar plot of absentee judges, missing witnesses and even an interpreter who refused to show up out of fear or because they had been paid to disappear.

However, in February of 2017, Kenyan security officers grabbed the defendants and bundled them into a charter plane bound for the United States, even though there was a court order pending that required the government to produce the men – who had gone missing.

The Akasha family is well-known to most Kenyans, especially since a gunman cycled up to Ibrahim Akasha, the father of the two defendants, and shot him dead on Bloedstraat – Blood Street – in the red light district of Amsterdam in 2000.

Ibrahim Akasha, a Kenyan-born of Palestinian origin, started out as a gun smuggler but turned to drugs when he faced stiff competition from government-connected weapons dealers who fought in the race to fuel multiple African conflicts.

He had, however, built a trucking and transportation business that served as both a legitimate money-maker and great cover

That Akasha’s criminal empire, run by his sons, would involve smuggling a different kind of illicit cargo is not really surprising. Smugglers by their very nature run elaborate transportation and logistics networks, so they are agnostic about their customers or cargo – as long as they are profitable.

The movement of underworld groups of any stripe into another type of illegal business is a longstanding trend in international crime, which first came to light as investigators discovered how al Qaeda traded in “blood diamonds” to fund its terrorist operations.

Perhaps that’s why the American war on drugs, many times questioned as a failed policy because it has cost at least $1 trillion and not stopped drug flows, is not as single-minded as it may seem.

Compare that funding with the $1.3 billion the “War against Poaching” got between 2010-2016, according to the World Bank.

There is some speculation that some of those the Akashas bribed are at risk of prosecution, or at least exposure, by the US government.

Given that Kenya and Africa more broadly have struggled to fight poaching and corruption, these convictions are positive side effects from the US war on drugs.

Increasing those kinds of benefits is something wildlife and anti-corruption advocates should examine as they look for more ways to fight their individual wars.