‘I Want To Bring Entrepreneurs Together To Develop Africa’ 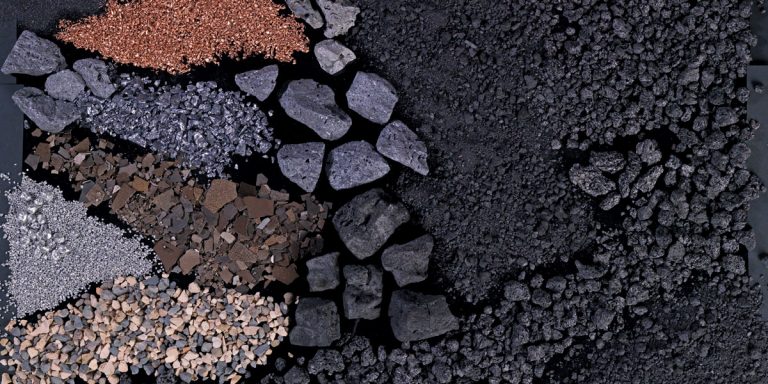 I would say that Africa is facing a number of really daunting challenges. Today, when we talk about peace and security, this is one main challenging area. Out of 60 peace keeping operations in the world, nine are in Africa. And most of those conflicts are in central Africa, and partially in West Africa. The causes of those conflicts are known. They stem from governance issues, our ineptitude as Africans to manage the diversity in our countries after independence. Development for me means a second liberation. The first liberation for me is the flag and national anthem. And over the last 50 years or so, we have seen that this is not enough. We have only the flag and the national anthem, we need more. Economic development, social development and justice, peace.

[CAVIE/ACCI] Africa is currently facing several challenges, from conflicts to governance and economic issues. In this chat with journalists in Abuja, aspirant for the African Union Chair, a promoter of pan africanism  and a seasoned academic with several years of experience contributing to AU, and ECOWAS, Professor Abdoulaye Bathily, sheds more light on these problems and the solutions to them. BUKOLA OGUNSINA was there for LEADERSHIP.

What Are the challenges currently faced on the continent?

I would say that Africa is facing a number of really daunting challenges. Today, when we talk about peace and security, this is one main challenging area. Out of 60 peace keeping operations in the world, nine are in Africa. And most of those conflicts are in central Africa, and partially in West Africa. The causes of those conflicts are known. They stem from governance issues, our ineptitude as Africans to manage the diversity in our countries after independence. Development for me means a second liberation. The first liberation for me is the flag and national anthem. And over the last 50 years or so, we have seen that this is not enough. We have only the flag and the national anthem, we need more. Economic development, social development and justice, peace. But in most countries unfortunately peace is not attained. Why is that? Governance issues, management of national affairs, not only the injustices in societies, but also the way the different identities are managed in the countries. The ethnic, religious, political, the issue of intolerance, the issue of democracy. We can see from recent events in the Gambia, the acceptance of the outcome of free and fair elections can be a cause of conflict, can be a cause of chaos in the country. So I think AU can help and work with the government of the continent on a platform where peace and security issues are dealt with properly and soundly.

If elected as AU Chairman, how will you address the issues of insecurity?

Insecurity is something I have been involved in over the last decade on a different level. As a student leader, as a trade union leader, as a political leader in my country, as a parliamentarian both in Senegal and also ECOWAS parliament. I was a member from 2001 to 2006. I participated in a number of peace missions in the region during the war, in Liberia and Sierra Leone with the political crisis in Guinea, Mali and other countries. So this is a firsthand experience I have because I was involved in it, not only working as a person but within parliamentary missions, but also with other stakeholders such as women organisation, for instance; ‘Manual Labour women Organisations’, I played an important part. How to get all the stakeholders involved before the crisis erupts, we won’t let the crisis erupt, prevention is the key to killing the disease of conflict. So this is an area which is important, not only at regional level but at continental level taking pro active measures, how to get those who can help diffuse the tensions in a country, wise people from the culture of those who are involved, and societies which are involved.

How can regional and continental collaboration come in to assist Nigeria in fighting insecurity?

This has something to do with prevention. When you look at the pattern of conflicts on the continent today, you will find that most of those conflicts go beyond national boundaries. Because the social groups or political groups which are involved in those countries, are also enabling countries. We look at Boko Haram. I’ve been dealing with Boko Haram issues while I was the special representative of the UN Secretary General at the Central Africa Region. I saw how from Nigeria, Cameroon, Chad, how the Boko Haram issue became not only a national issue for Nigeria but a sub regional issue. Therefore it is important to have a collaboration among countries, among social groups, trans border wise. You look at the Niger Delta itself, the same sort of thing. I was dealing with crisis in the Gulf of Guinea with maritime piracy. All countries from the Gulf of Guinea were involved, and who were linked to the international drug networks, transnational drug network from South America to the Sahel, to the El Shabab in Indian ocean shore. There is a need today for countries to come together to tackle those issues, to share experiences, of course, but also to share the knowledge of those cultures of the African society today. So collaboration, connection between government, but also how socially we can cure these diseases because as I said its to do with governance issues within countries and transborder.

Would you say Africa Is ready for this Democracy?

Democracy is enshrined through human beings, through societies, its not something theoretical. It stems out of the aspirations of the people themselves. The African society today is ripe for democracy. You look at the young people who are the majority in the countries. You look at the youth, majority of the population in terms of demographic, much more numerous than the other age groups. They are educated. They know what is happening in the world. They know what is happening in the country. They go through internet everyday to read news online or on paper. They know how they are governed, how the resources of their countries are managed. They can no longer afford to just sit idle and be spectators, they have their own aspirations to better manage the affairs of their countries.

Others in leadership roles have been known to disregard these laws, how do you implement them effectively?

I am sure it will happen again, because democratisation is a process for different countries depending on the level of political culture, depending on the level of organisation of the political and social forces. For example in Gambia, 22 years Jammeh has been there. Elections have gone all the time. But this time, what has happened is that the Gambian people through different stakeholders, political parties, individuals, the diaspora, mobilise decisively to say this time we will not allow rigging, this time we will defend our votes. This time, we will do it. And the force of this determination is such that Jammeh has no alternative, first given the massive wave of aspiration, to say ‘I concede victory’. Only ten days later to say ‘No, I can’t’. Things like that can happen. From my own experience, over the last 50 years I have been involved in political struggle in Senegal. From underground we fought for democracy, exemplary democracy has been a true struggle. I have been in the forefront until now. It depends also on the level of commitment of those who want democracies. Sacrifices have to be made, afterall, we cannot only count on outsiders to come and impose democracy, because when it comes that way it won’t work. It can help, it can assist and the determination of the people themselve is paramount.

How will you improve the economy of Africa, coming on board?

Development is about economic intergration. No country whatever its size population or territory can do it alone. If we want Africa to develop, we have to intergrate. To intergrate not only through the usual mechanisms. To accelerate yes, both regionally and sub regionally in ECOWAS, but also in other building blocks of the AU that is the aboriginal organisations, to get them to together so they can have projects which go beyond national territory. They cannot develop any country today in terms of energy resources, without intergration. We need to develop energy resources, we need to develop mining, agriculture etc. And in a new way to avoid what I call the Berlin syndrome. From November 1884 to february 1885, Europeans met in Berlin and shared the African countries among themselves. Colonialism stepped in, Africa was Balkanised colonies were set up, the colonial system had its own logic. Those days they would say this country will produce bananas the other country would produce groundnuts, mining and specialisation, not only that b ut to the interest of the colonial masters. Raw materials being pumped out of the continent and going industrialised. The colonial empires, the metropoles, this is very much the same today. More than 50 years after independence no realindustrialisation has taken root in the continent apart from import substitution which is short lived in most countries. We really have to transform the raw materials here to industrialised and really sustain them on a sustainable basis. To modernise agriculture this also cannot be done just by saying it, we have to create the social basis for it. We may have all these infrastructures, high roads, dams, etc . But when you don’t have the social instrument for it, you want to go anywhere. What I mean by this we used to do it with the formal colonial powers, let us now change patners, do it with China, do it with Japan etc , no it will be the same pattern, the same syndrome will remain. Making economic development sustainable is to have a social class which will be the engine for this sustainable development. I am thinking of getting all the Elumelu, Dangote of the continent together and tell them look we want, hundred Elumelu, hundred Dangote throughout the continent, let us come together you as African entrepreneurs, create companies together, given that framework of development. What are the rules, the regulations, the laws that you want the government to implement to make you, enable you to have those cooperations to build dams for Africa.