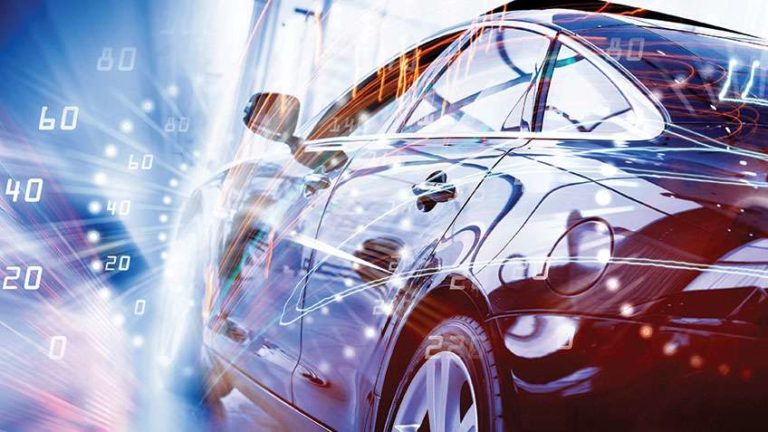 [CAVIE/ACCI] Prepare for the world of the fourth industrial revolution, the convergence of automation and data, the internet of things, the ‘smart’ era where everything becomes like a smart phone, able to for you to communicate with it or for it to communicate with other things.

We have entered the age of artificial intelligence, of algorithms subtly learning what we like and what we dislike so that eventually we’re not even aware of it. Social media is a fantastic example, not just do we end up seeing more of our ‘best’ friends’ feeds than others because we interact more with their postings, but the advertising on our pages starts mirroring our recent behaviour – if we’ve booked a flight, bought something, or even searched for something to buy on the web.

We are already living in the age of the internet of things. We can buy equipment off the shelf in stores that allows us to control things at home via our cell phone even if we are sitting in another city. We can turn on lights, open doors, close doors, switch off appliances – or we can pre-programme them. Eventually the house will know what we want and we won’t even have to do that.

The other great byword of the fourth industrial revolution – or industry 4.0 – is of course disruption. Any one older than a so-called millennial has had to become used to ‘disruption’ on an almost daily basis – we don’t shop like we did, we don’t watch TV the way we grew up doing, we don’t even read newspapers – but we still get all that information and entertainment and so much more, we just do it differently.

Another big buzz word – and terror – for people when we think of automotive disruption is the idea of autonomous driving, cars that drive themselves as robots take over some of the functions we though humans would always do; like accountants and doctors.

The truth though is that it’s already happening – and we are quite happy with it. We use Excel and other programmes to do our books, we e-file to Sars, we ‘mis-diagnose’ by Google, smartphones monitor our heart rate and work out the calories we’ve consumed. When we travel, we might use smart passports and be admitted to countries without even speaking to a customs official. We could eat in restaurants and order food without asking a waiter.

We drive cars that are already smart. We use speed controls, parking controls and GPS with intelligent braking and steering systems that are already thinking for us, reacting before we are even aware. Maps are being constantly updated without us even knowing in real time, reflecting traffic jams and bottlenecks, suggesting alternative routes and extrapolating the time to our arrival. Very shortly our cars won’t just be planning our routes but pre-arranging parking by ‘talking’ to other cars and parking garages, with payments being made on our banking systems without us ever opening our wallets or purses.

Once again, this isn’t that new, we do it already with ride-hailing apps like Uber, in fact, we might very soon be in a space where we don’t own cars, but just get picked up and dropped off. In highly congested cities like New York and London, this is already happening organically.

And yes, autonomous cars will be available, but they won’t the only option. At Nissan we speak of Intelligent Mobility – a world where you are connected through your car to the world, where your vehicle helps you become the best driver that you can possible be, increasing your ability, not lessening it, making you far safer than you can imagine, while leaving as little impact on the environment as possible.

But what about the expense? What about job losses? Scientists speak of Moore’s Law, a phenomenon where the capability of technology doubles exponentially as its cost halves – anyone who started using a cell phone even 10 years ago will know the truth of this. Cars especially are proof of this, with the kind of standard features in entry level vehicles today that were the preserve only of high-end luxury executive models even five years ago.

So too it is with the new smart cars

Job losses? One of the fears is that the advent of robotics will massively disrupt employment as we know it and especially the manufacturing process, literally replacing human workers with robots, or at least automated processes powered by artificial intelligence. This is true. We don’t know by how much, but just as the blacksmith’s trade was rendered obsolete by the motor mechanic and the typewriter mechanic by the IT technician, so too new jobs are created in their place and new economic ecosystems spring up downstream and upstream to cope with them.

We believe at Nissan that the advent of e-mobility, electric engines replacing the conventional internal combustion engine, could result in a revolution in the energy space, hundreds of thousands of cars, millions even, generating so much electricity as they commute to and from work that at night, each vehicle’s surplus battery capacity could be rerouted to power the average suburban house taking it off the grid. Electric cars will require far less parts than their ICE counterparts, but they will have just as great needs in other spheres – IT, batteries, electro-mechanics, to name but a few.

In a continent such as Africa, where the vast differences and the lack of infrastructure have bedevilled development to this day and where inconsistencies in fuel quality have stymied the introduction of latest generation ICE technology, we could see a flashover effect, reminiscent to what we experienced with the cell phone explosion where Africa leapfrogged the world in the roll out of this technology and then led the world too in spin off applications like cell phone banking and money transfers.

We have developed e-power – an engine which is powered by electricity but has a small on-board internal combustion engine to generate power for the battery banks, not the wheels. This works well with the current infrastructural deficit, lack of charging stations and indifferent electrical supply by using far less petrol, which could be of inferior quality, to create electricity – yet another African innovation.

We don’t know what the full impact of automotive 4.0 will be. No one does, but we have a great opportunity to be at its forefront unlike the first three industrial revolutions which made us their objects. We will not be shaped by 4.0, we will not be bystanders this time, instead we shall be active participants helping shape it as we grow and learn together.

Africa to be the last promising market in Automobile