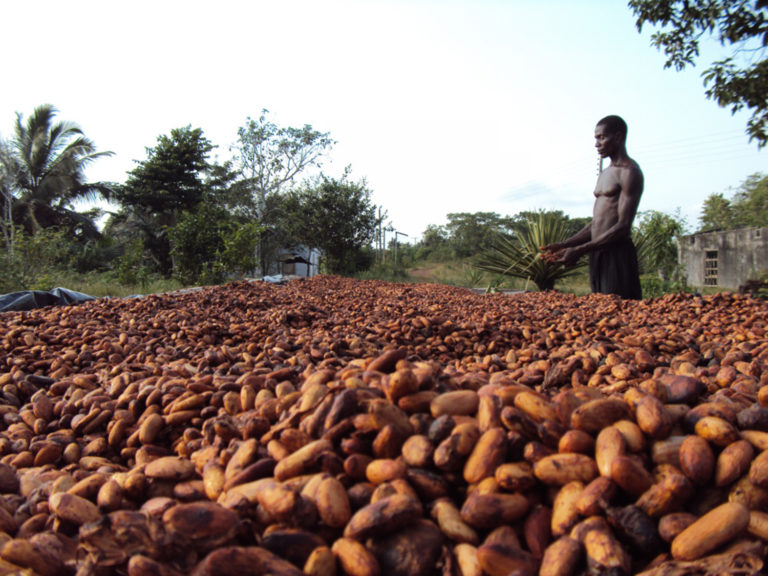 [ACCI-CAVIE] Dry weather for three straight weeks in most of Ivory Coast’s cocoa regions has damaged the quality of beans and threatens to reduce the size of the April-to-September mid-crop, farmers said on Monday 7th February 2022. This issue is closely monitored by the African Centre for Competitive Intelligence analysts.

Ivory Coast, the world’s top cocoa producer, is in its dry season from mid-November to March. Rain is normally scarce in these months but has been well below average recently.

Farmers said that plantations need good moisture in the next two weeks to strengthen cocoa trees because leaves have become dry and yellow through lack of rain.

Some buyers have been hurrying to buy good beans as the quality and size declines, farmers added.

Major exporters look for 100 beans per 100 grams, but some cooperatives told Reuters that it was starting to take 110 or 115 beans to make 100 grams.

“The soil moisture is starting to decline strongly. We need rain in the next few weeks for the mid-crop to start well,” said Alain Zouko, who farms near Soubre, where rainfall last week was only 0.1 millimetres (mm), 6.5 mm below the five-year average.

Farmers said that lots of beans were leaving the bush but quality was declining in the southern regions of Agboville and Divo and in the eastern region of Abengourou.

In the centre-western region of Daloa and the central regions of Bongouanou and Yamoussoukro, where it did not rain last week, farmers said that cocoa trees were suffering and local buyers were reluctant to buy at the guaranteed farmgate price of 825 CFA francs ($1.43) per kg because of the quality.

“The conditions are not good to produce many beans at the start of the mid-crop,” said Albert N’Zue, who farms near Daloa. “Buyers are taking beans at 650 to 700 CFA francs per kg because the quality is bad.”