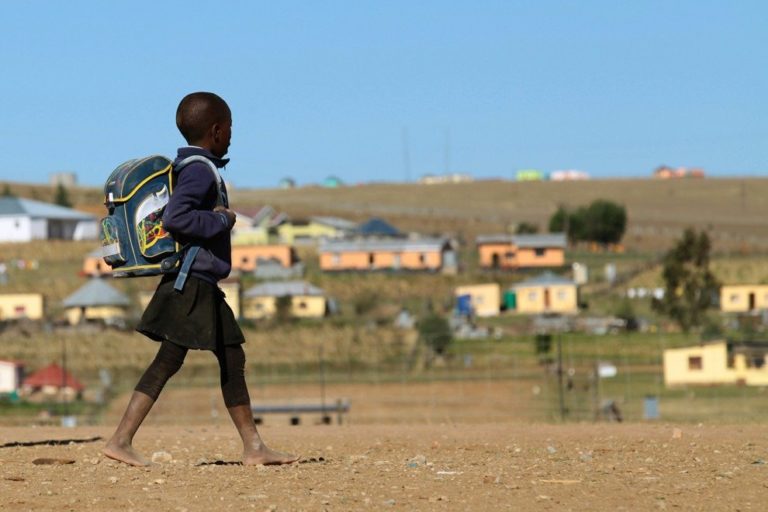 [ACCI-CAVIE] President George Manneh Weah says his government has made the largest single investment in Senior Secondary School since the 1970s to address huge infrastructure deficit in the education sector.

He says a US$47 million grant received from the World Bank with a wide scope of interventions including new construction, rehabilitation, equipping, training, and textbooks development has greatly contributed to the huge push to fix, in the words of his predecessor, Ellen Johnson Sirleaf, the ‘mess’ in the Liberian educational system.

Delivering his 5th Annual Message to the 54th Liberian Legislature sitting in its 5th Joint Session at the Capitol on Monday, January 24, 2022, President Weah disclosed ongoing renovation and rehabilitation of all 156 Public Senior Secondary Schools throughout the country simultaneously.

He says as of June this year, it is expected that all renovations works would have been completed and dedication shall be planned in phases, preferably by county.

He notes that government has made great strides in improving literacy and other learning outcomes in the educational sector, with milestone achievements in the areas of Access, Quality and System Transformation.

According to the President, these achievements and interventions include development of continuous learning platforms and smart classrooms throughout the country and the introduction of a distant learning framework along with virtual laboratories

He further reveals that under the IRISE Project and in partnership with the World Bank, government will construct three Model High School complexes in the first quarter of this year, now that design and procurement requirements have been completed, adding that each of the three institutions has been designed to accommodate about 1,500 senior high school students and that the program will be replicated in other school districts to provide a better learning environment for Liberian children.

President Weah reports that available statistics revealed total number of senior secondary schools in the country is 752, as of Academic 2020 / 2021, of which, he says government owns only 156.

“To reduce that gap”, he says “the IRISE Project shall fund the construction of 25 new Secondary Schools strategically situated in 25 school districts that are currently without secondary schools.”

Besides, he says in an effort to address gaps in girls’ education, government will provide scholarships for 3,000 girls transitioning from 9th grade in four counties with the highest rates of Girls dropout from High School. “As there are no tuitions in Public Schools, sponsorship shall cover all registration fees, uniforms, textbooks, and annual cash allowances”, President Weah adds.

He says for Liberia to develop, the minds of the youths should develop, stressing “We must train our teachers so that they themselves will be able to train the minds of our youths.”

He further reports that during the period under review, curriculum training was provided to 1,250 teachers and caregivers who have since returned to their respective places of assignment in Sinoe, Maryland, Grand Kru, Rivercess, River Gee & Bomi counties.

President Weah also points to strides and inroads made in technical and vocational education and training (TVET) including rehabilitation and construction of training centers in six counties.

Additionally, he says an initial number of 76 TVET teachers have been sent abroad for training to support TVET institutions across the country upon their return.

“A number of them will be Master Trainers with assignment at the Booker Washington Institute, which is being scaled up to a TVET Teacher Training Institution for the future. The total number of teachers for this purpose will be 120, of which 76 have been hired and are in training, while the remainder 44 are being recruited for subsequent training”, the President explains.

He continues that during the budget period 2020 / 2021, the government appropriated US$79.4M out of a budget of US$570.1M, which amounts to a 14 percent share of the national budget going towards education with Basic, Secondary and Early Childhood education receiving US$41.8M or 52.64 percent of the budget, dubbed the national cake.

Meanwhile, the President assures that under the 2022 National Budget, his government intends to increase spending in education so that current interventions can lead to transforming the sector from mess to best.