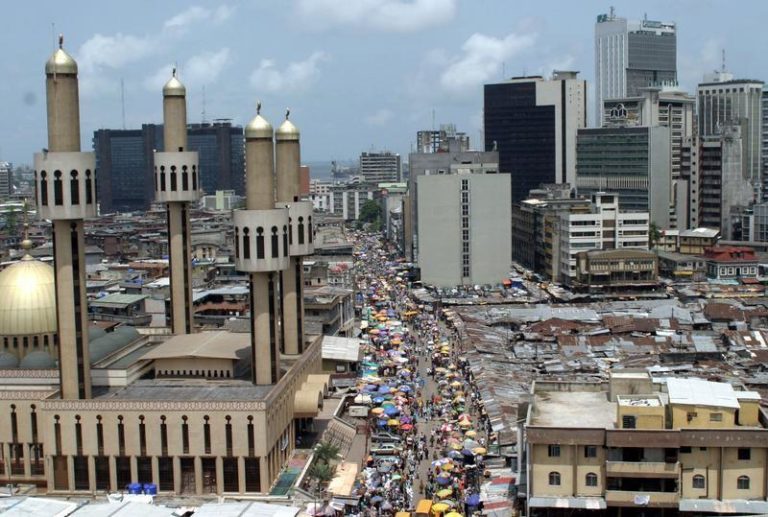 Railway line under construction between Lagos and Abeokuta, Ogun State in southwest Nigeria, in February 2019

Nigeria’s government is stepping up a drive to improve its decrepit infrastructure with a series of billion dollar projects as president Muhammadu Buhari seeks to pull Africa’s largest economy out of its worst recession in 40 years.

While the move should boost an economy hit by plunging oil prices and the coronavirus pandemic, critics have complained that they favour his native north and question a lack of transparency as well as the involvement of Chinese backers.

The government this month broke ground on a $2bn internationally-funded rail line connecting the country’s north to neighbouring Niger, and announced it was forming Infraco, a public-private infrastructure fund with N1tn ($2.6bn) in seed capital from the Central Bank of Nigeria, Nigeria Sovereign Investment Authority and the Africa Finance Corporation, a mostly privately owned pan-African project finance firm.

Next month, it expects to start work on a $3bn railway line that would link the country’s east side, from oil-rich Port Harcourt in the south to Maiduguri in the north. “The president is trying to grow all the sectors of the economy that would improve and increase production — he’s focusing on power, on roads, on transportation, and rail networks and maritime,” said minister of transport Rotimi Amaechi.

Africa’s largest crude producer has generated billions of dollars in oil revenues each year for decades, but has little to show for it developmentally — its ports are congested, its road network decrepit, its rail system almost nonexistent and its power grid too weak to carry even a fraction of the meagre amount of electricity it generates.

The Buhari administration’s latest moves will barely make a dent in the $3tn Moody’s estimates that Africa’s largest economy will need to spend over the next 30 years to close its infrastructure gap.

Still the rail connecting Nigeria’s south to its north and extending into Niger — the last section will be built by Portuguese firm Mota-Engil and with financing structured by organisations including Credit Suisse — could be a “game-changer” for Africa’s biggest economy that “will allow Nigeria to become a clearing house for trade all over West Africa”, said Amaka Anku, Africa director at Washington-based consultancy Eurasia Group.

But while the infrastructure drive was “commendable”, Idayat Hassan, director of the Abuja-based Centre for Democracy and Development, voiced concerns about the process. “The contracting process is also quite opaque and . . . seen as a conduit for corruption,” she added.

Some critics argue that a rail connection to Niger, one of the world’s poorest countries with a gross domestic product about one-fortieth the size of Nigeria’s, is a poor use of scarce government resources. The focus on the country’s north, Buhari’s home region, has upset others.

“There’s a clear political imperative to apportion infrastructure projects on the basis of political and ethnic loyalty,” said Cheta Nwanze, partner at Lagos-based consultancy SBM Intelligence. “Most of the administration’s big ticket projects have been in the North: that’s far from a coincidence.”

Amaechi, a former governor in the oil-rich Niger Delta region in the south, points to the recently completed Lagos-Ibadan railway, along with major port and road projects in the south.

Some of the projects — Lagos-Ibadan rail, airport terminals, a gas pipeline and two highways — are being built by Chinese construction companies and partly financed by Chinese loans. The legislature approved Buhari’s plan to borrow $22.7bn last year, including $17bn from the China ExIm Bank. Critics have called for greater transparency. “The use of foreign loans to finance the infrastructural drive without adequate oversight remains a challenge,” Hassan said.

Future projects will be funded by Infraco, which the government said expects to grow to N15tn in the coming years. The government is also likely to tap international debt markets to finance the infrastructure drive, said minister of works Babatunde Fashola. “Most, if not all our external borrowing and fundraising is really to finance the deficit created by our commitment to infrastructure expansion.”