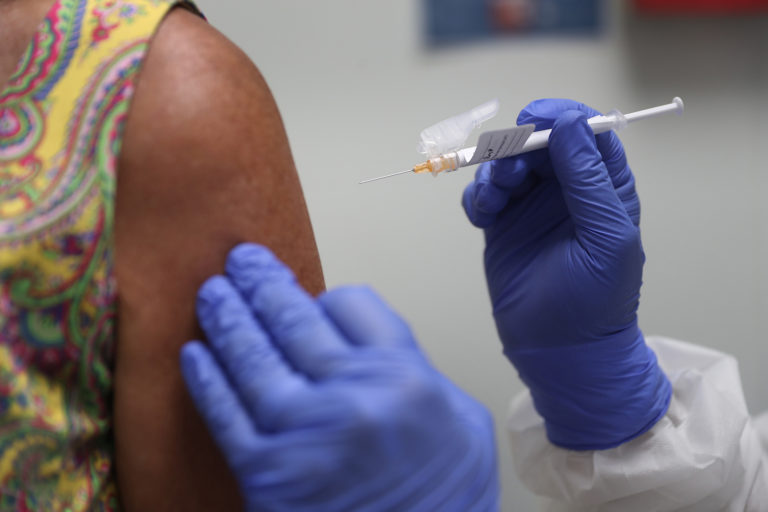 [ACCI-CAVIE] The federal government has said the country is now in position to embark on the local manufacturing of vaccines. Part of the reason for Nigeria’s inability to go into manufacturing of COVID-19 vaccines locally used to be that it lacked the regulatory capacity to guide and maintain requisite standards in the vaccine production venture.

But the Director General of the National Agency for Food and Drug Administration and Control (NAFDAC), Prof. Mojishola Adeyeye, who gave update on efforts to attain conditions set by the World Health Organisation (WHO) for the manufacturing of COVID-19 vaccines during the media briefing by the Federal Ministry of Health in Abuja, yesterday, said the agency has successfully met 368 recommendations given by the world health body.

“This journey started in January, 2018 and WHO gave us 868 recommendations to meet before being recognised for maturity level three. We have been on that journey and it is good to share this audience that as at October 15, 2021, we have no other recommendation to meet.

“So from 868 to nil that is where we are. Nigeria is now closer to manufacturing our vaccines locally and it will no longer be because of the regulatory agency,” she said.

Adeyeye said part of the requirements, was that the agency would have to expand and equip its two drug and vaccine laboratories in Yaba and Oshodi to attain the specified standards.

According to the DG, attaining the global benchmark in laboratory facility was key requirements for proper regulation of vaccine manufacturing.

She explained that part of the regulatory would involve laboratory testing, clinical trials and marketing controls.

Adeyeye, however said even though the country has fully met all the recommendations, the WHO would be sending a team to come and verify them before a formal certification is issued to Nigeria.

While assessing the performance of the agency in the rollout of the COVID-19 vaccination campaign, Adeyeye said NAFDAC’s innovative vaccine supply chain monitoring technique had won global recognition.

In clarifying issues about the N200 billion alleged borrowing for implementation anti-malaria intervention programme, the Minister of Health Dr. Osagie Ehanire, said the idea that government intended to deploy N82 billion for purchase of mosquito net was false and misleading.

He described the borrowing plan as part of a World Bank assisted Malaria Roll-back Intervention programme which had been under implementation since 1998.

Ehanire said: “It has become necessary for the Federal Ministry of Health to response to some publications that the Ministry has presented a budget for N82 billion for procurement of mosquito nets. This is misleading and is not representing the facts of the matter.

“The amount in question is apparently referring to component of a World Bank assisted multilateral borrowing plan for Nigeria that involves the African Development Bank and the Islamic Development Bank.”

Ehanire said the purpose of budgeting the amount was to fulfill Nigeria’s obligation on the counterpart funding agreement meant to compliment the grants being given to the country to execute the global malaria action plan known as the Roll-Back Malaria partnership.

The minister said that the project was set up in 1998 by the WHO, UNFPA and World Bank and was endorsed by African leaders in the year 2000, adding that the initiative has been going on and goes beyond mosquito net alone but involved treatment and other measures meant to curtail malaria scourge.

He said that as a result of the various anti-malaria interventions over the years, Nigeria was able reduce malaria prevalence to as low as 23 per cent as at this year.

Ehanire said contributions to the anti-malaria fund were in three folds with the Global Fund contributing $400 million, the grant from United States of America Presidential Malaria Initiative to the tune of $195 million.

He said the fund was to be used to cover 11 states of the country while the $400 million provided by the Global Fund to fight AIDS, tuberculosis and malaria was meant to implement programmes in 13 high-burden states in the country.

He explained that the remaining states that had no fund allocated to them to fight the diseases, Abia, Anambra, Bayelsa, Borno, Edo Ekiti, Enugu, Ondo and Ogun, Lagos Rivers and FCT respectively, have full coverage of the country and as a condition for the development partners to release their own grants, they want Nigeria to be responsible for the remaining states, in order to make it a three-way project of United States, Global Fund and Government of Nigeria.

While defending the borrowing plan, Ehanire said malaria had become a very deadly and killer disease that claims many lives yearly.

Earlier, a member of the Presidential Steering Committee on COVID-19, Murktar Muhammad, said the committee was concluding plan to organise a major summit on COVID-19 pandemic interventions in Nigeria which was scheduled to hold from December 6th to 8th, in Abuja.

According to him, major stakeholders such as the Ministries, National Assembly, state governments, Commissioners of Health, key private sector players and development partners would be attending the summit to articulate further strategies to help bring an end to COVID19 pandemic in the country.