Planning for a U.S. military recessional from Africa 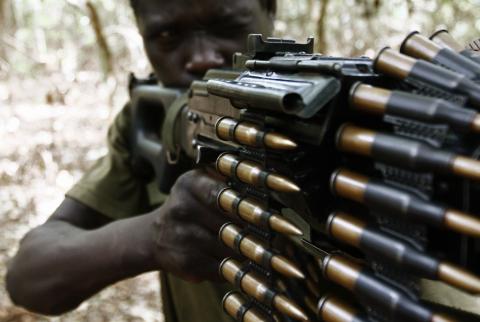 [CAVIE/ACCI] According to U.S. media, the Pentagon plan to withdraw nearly all American Special Forces from West Africa is accelerating. The New York Times, citing Pentagon officials, reports that if approved by Secretary of Defense James Mattis, the United States would close military outposts in Tunisia, Cameroon, Libya, and Kenya, and end the operations of seven of eight counterterrorism units operating in Africa.

If these plans are approved by the Secretary of Defense, there would remain a “robust” military presence only in Somalia and Nigeria.

Winding down the U.S. military presence in West Africa reflects the Department of Defense’s new National Defense Strategy : “Inter-state strategic competition, not terrorism, is now the primary concern in U.S. national security.” Explicit reference is made to China, Russia, Iran, and North Korea. On September 7, the New York Times reports that the United States and India signed agreements to strengthen bilateral military relations, allowing New Delhi to buy sophisticated military technology. Both countries have been concerned about China’s expansionist policies, especially in the Indian Ocean.

American media is also reporting that U.S. armed drones in Niger will be used to attack militants in the Sahel. It looks like drones will replace American boots on the ground. Short-term U.S. training programs of African forces, lasting between thirty and sixty days, would continue.

Meanwhile, there is a resurgence of Boko Haram activity in northeast Nigeria, while in Mali a peace agreement between militants and the government appears to be breaking down. The Norwegian Refugee Council reports that up to fifty thousand Malians have fled their homes because of communal clashes and military operations.

Broadly speaking, U.S. security engagement in Africa and the Sahel more specifically has been designed to develop the capacity of states to defend themselves. While the degree to which this goal has been achieved is controversial, most states in the region remain weak, with ruling elites often disconnected from the people they ostensibly govern. The line between trade and smuggling is thin, and there has always been criminal activity. Insurgencies, often low level, are endemic. The land area involved is immense. A question to be asked is whether the U.S. effort has been anyway near large enough to be transformative. The Times reports that there are a total 1,200 Special Operations Forces in all of Africa. If Pentagon proposals go forward, this number will be greatly reduced.