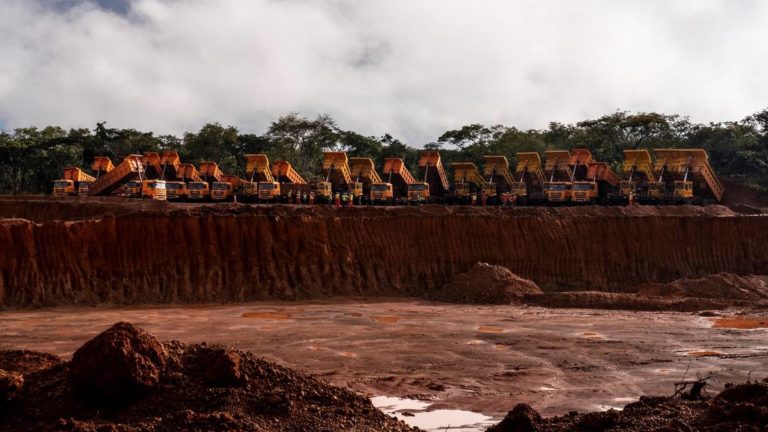 [ACCI-CAVIE] Just up a red dirt road, across an expanse of tall, dew-soaked weeds, bulldozers are hollowing out a yawning new canyon that is central to the world’s urgent race against global warming.

For more than a decade, the vast expanse of untouched land was controlled by an American company. Now a Chinese mining conglomerate has bought it, and is racing to retrieve its buried treasure: millions of tons of cobalt.

At 73, Kyahile Mangi has lived here long enough to predict the path ahead. Once the blasting starts, the walls of mud-brick homes will crack. Chemicals will seep into the river where women do laundry and dishes while worrying about hippo attacks. Soon a manager from the mine will announce that everyone needs to be relocated.

“We know our ground is rich,” said Mr. Mangi, a village chief who also knows residents will share little of the mine’s wealth.

This wooded stretch of southeast Democratic Republic of Congo, called Kisanfu, holds one of the largest and purest untapped reserves of cobalt in the world.

The gray metal, typically extracted from copper deposits, has historically been of secondary interest to miners. But demand is set to explode worldwide because it is used in electric-car batteries, helping them run longer without a charge.

Outsiders discovering — and exploiting — the natural resources of this impoverished Central African country are following a tired colonial-era pattern. The United States turned to Congo for uranium to help build the bombs dropped on Hiroshima and Nagasaki and then spent decades, and billions of dollars, seeking to protect its mining interests here.

Now, with more than two-thirds of the world’s cobalt production coming from Congo, the country is once again taking center stage as major automakers commit to battling climate change by transitioning from gasoline-burning vehicles to battery-powered ones. The new automobiles rely on a host of minerals and metals often not abundant in the United States or the oil-rich Middle East, which sustained the last energy era.

But the quest for Congo’s cobalt has demonstrated how the clean energy revolution, meant to save the planet from perilously warming temperatures in an age of enlightened self-interest, is caught in a familiar cycle of exploitation, greed and gamesmanship that often puts narrow national aspirations above all else, an investigation by The New York Times found.

The Times dispatched reporters across three continents drawn into the competition for cobalt, a relatively obscure raw material that along with lithium, nickel and graphite has gained exceptional value in a world trying to set fossil fuels aside.

More than 100 interviews and thousands of pages of documents show that the race for cobalt has set off a power struggle in Congo, a storehouse of these increasingly prized resources, and lured foreigner’s intent on dominating the next epoch in global energy.

In particular, a rivalry between China and the United States could have far-reaching implications for the shared goal of safeguarding the earth. At least here in Congo, China is so far winning that contest, with both the Obama and Trump administrations having stood idly by as a company backed by the Chinese government bought two of the country’s largest cobalt deposits over the past five years.

As the significance of those purchases becomes clearer, China and the United States have entered a new “Great Game” of sorts. This past week, during a visit promoting electric vehicles at a General Motors factory in Detroit, President Biden acknowledged the United States had lost some ground. “We risked losing our edge as a nation, and China and the rest of the world are catching up,” he said. “Well, we’re about to turn that around in a big, big way.”