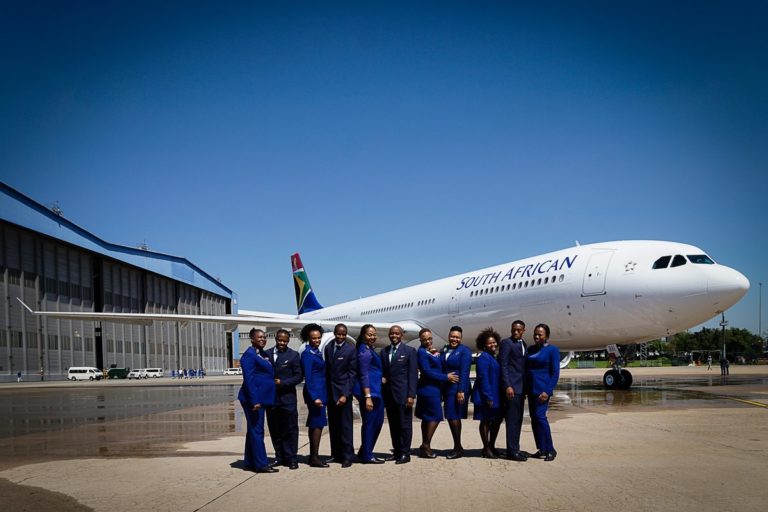 [ACCI-CAVIE] SAA survived for decades on government bailouts and was shedding routes even before the COVID-19 pandemic struck.

Passengers on the South African Airways (SAA) flight from Johannesburg to Cape Town on Thursday were greeted on their departure by singing and dancing airline staff.

Once Africa’s second largest airline after Ethiopian Airlines, SAA had survived for decades on government bailouts and was shedding routes even before the COVID-19 pandemic struck.

The government agreed in June to sell a 51 percent stake to a group of investors called the Takatso Consortium, opening the way to a potential injection of $200m.

Even after a state bailout of more than $500m and a restructuring of its debt, the airline only emerged from bankruptcy after slashing hundreds of jobs.

In addition to the domestic route that resumed on Thursday, SAA plans to begin regional services next week to Accra, Kinshasa, Lusaka, Harare and Maputo.

Chief Finance Officer Fikile Mhlontlo said this week that the airline’s fleet is down to six planes, from a previous 46.

Al Jazeera’s Fahmida Miller, reporting from Johannesburg, said an investigation into corruption at SAA has shown that at least $30m in recent years had been misappropriated, including through links to irregular contracts.

“So the issues around SAA is one of many examples around state-owned enterprises in South Africa, where widespread corruption has been problematic,” Miller said.

She also said that some have criticised the relaunch of the airline as an unnecessary “prestige project”.

“There are many airlines in South Africa – in fact, low-cost airlines that are cheaper to fly with,” she said.

“South African Airlines has been bleeding public funds for a long time and many in this country would say it’s an airline that is not needed … and so many are interested to see if it’s able to get off the ground and it’s sustainable”.