The Cocoa and Coffee: Understanding the Seed War in Central Africa, by Guy GWETH 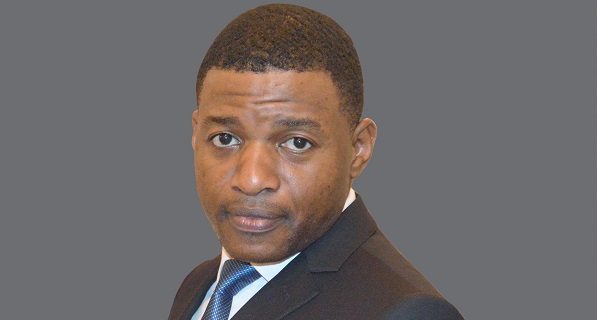 From the beginning of colonization, Central and West Africa was shaped to be the agricultural supplier of the metropolis. This situation has structured the local economy to the point of generating a critical need in our time: that of the so-called improved seeds. But in the background of the proposed solutions, an economic war is brewing, and the local public debate is low to take hold.

Following the Berlin Conference of 1884-1885, the colonial powers assigned the status of supplier of agricultural raw materials to Central and West Africa, thus shaping its landscape, its economy and the lifestyle of its inhabitants. This structure continues until the time of integration of the FTACA. The Cocoa and coffee whose value is decided in London and New York are the symbols of this polarization.

To maintain its leadership in these two sectors, Africa is now forced to pursue policies aimed at improving the profitability of arable land, boosting resource conservation and boosting the productivity of the local workforce. However, the inexorable intensification that already ensues is not without impact on soil fertility. Seed optimization, to consider only this, makes it possible to produce varieties adapted to the needs of cocoa farmers and coffee growers, but always with an impact on the soil.

Multiple responses to a critical need

Seed is the key element of agricultural production systems: without quality seeds and adapted to changes in the African context, Africa’s agricultural leadership in the cocoa and coffee sectors or even the survival of millions of people who depend on nearly 90 per cent of biodiversity for basic needs will be sustainably compromised.

In Central Africa cocoa is Cameroon’s second largest agricultural export, behind cotton. Grown by 600,000 people in the country, cocoa farming is a vital activity for rural communities that produce about 220,000 tonnes of cocoa at an annual rate.

Despite this importance, cocoa is also a fragile crop whose yield tends to decrease due to climate change and soil impoverishment at the same time. Before the introduction of policies to optimise agricultural performance, seed remained the most important and least costly factor of production for African farmers.

The necessary optimisation of performance

According to several reviews, second-generation seed varieties created by laboratories produce an average yield of 2 tonnes/hectare compared to half for the variety developed in the 1970s and 1980s. But so far, 80 per cent of food crop seeds in the region were generated by local peasant production.

Although absent from the African public debate, the subject is so sensitive that, according to Samuel Donatien Nengue, the Administrator of the Cameroon Cocoa and Coffee Sectors Development Fund, “The issue of seeds is a matter of national defence in major industrialized countries like the United States.”

In Central Africa the seed system is generally composed of three sectors: the first is formal, the second is informal, and the third is organized crime, straddling the first two. Surely, second generation seeds theoretically benefit all links in the production chain while refining latent injustices at the same time, but they remain problematic, according to analysts.

It turns out that despite their significantly high price, the demand for high-yielding seed is far superior to the supply. The difficulty of appreciating the volume and nature of the real needs of the peasant world, the low purchasing power of local producers, as well as the relative adaptation of certain varieties proposed by the research are points of tension. The resulting tensions can be explosive.

An economic war in the background of solutions

Moreover, the right to intellectual property and the various regulations relating to high-yield seeds contribute in the long term to the privatisation of living organisms and the farmers’ dependence on a private seed sector; hence the importance of state subsidies such as those of the Cocoa and Coffee Sectors Development Fund or multilateral institutions such as the African Development Bank.

However, real constraints remain on the ground. Due diligence experts from the African Centre for Competitive Intelligence (ACCI) report that local farmers attach relative importance to the varietal purity of seeds. More than 60 per cent of respondents admit to mixing different varieties or species, for lack of better.

In Central Africa much more in several ecosystems, the issue of cultivated biodiversity is essential for the future of cocoa and coffee; hence the fierce economic war waged by the so-called improved seeds suppliers.

Should we remember that the agricultural production systems of most African cocoa and coffee farmers maintain this seed biodiversity? Thanks to its accessible nature the latter is, in their eyes, the best defence against the vagaries of the climate