The implications of artificial intelligence for national security strategy 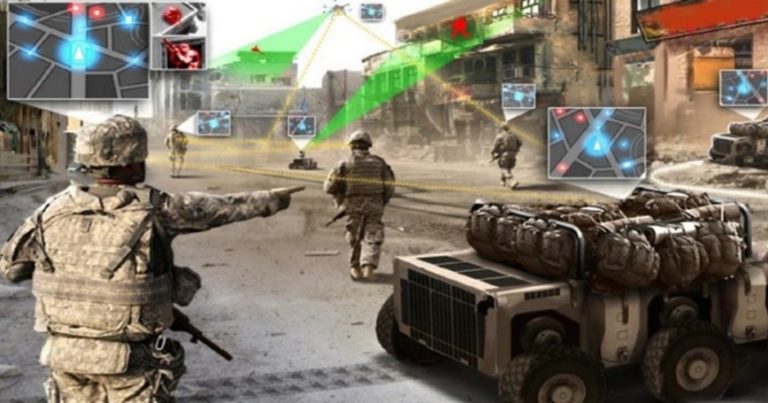 [CAVIE-ACCI] Artificial intelligence is transforming the world, as Brookings President John Allen and Vice President Darrell West describe in their thoughtful piece on this topic. From how we educate our youth to how economies operate, there exists no shortage of arenas where experts believe artificial intelligence will have an outsized impact. National security strategy is among them.

To date, most discussions of artificial intelligence’s impact on national security strategy have largely focused on the operational level of war. This includes how future wars will be influenced by new military capabilities, and how those capabilities will, in turn, influence conflict on the battlefield. A substantial part of this dialogue at the operational level considers how artificial intelligence will influence ethics in national security, particularly the role played by decision-makers and how much autonomy they have in employing force, and how much they delegate to a machine.

Much less attention, however, has been devoted to the strategic level of national security. Ultimately, national security decision-makers must grapple with the core dilemma of when, where, why, how, and under what circumstances to harness national power. If “artificial intelligence is actually the ultimate enabler,” as Michael Horowitz argues, then its impact in enabling—or to the contrary, impeding—national security strategy requires serious examination. Doing so, however, elicits more questions than answers.

The national security strategy trinity—composed of ends, ways, and means—is a useful framework for understanding security objectives, how they will be fulfilled, and the resources available for doing so. This framework is iterative, as shifts along any one of its vertices influences the entire effort. At a more granular level, national security strategy formulation has three primary thrusts: diagnosis, decision-making, and assessment. Whether setting the broad vision of U.S. “interests, goals, and objectives” or considering specific near-term efforts to harness the “political, economic, military, and other elements of the United States’s national power,” as Congress requires of every new administration, setting national security strategy nevertheless involve some degree of energy and effort in this vein.

Diagnosis focuses on understanding the strategic landscape as it exists and considering the trajectories it might take in the future. It requires deep and textured knowledge of global and regional trends. For example, how has power shifted between the United States and China over the last decade and in what ways might it do so in the near- to mid-term? How does the Iranian Supreme Leader view his country’s opportunities and challenges in the Middle East?

Decisionmaking requires answering the colossal strategic questions of employing national power in support of national interests and values. Who should the United States fight? Why should it do so? Over which issues? How should it fight? What constitutes victory and what constitutes defeat? For example, should the United States use military force if Russian proxies attack Eastern Europe and if so, how, where, and in what ways?

Assessment involves periodically revisiting previous diagnoses and decisions to ascertain how and in what ways the projected strategic landscapes have changed. For example, did power shift between the United States and China as expected? Did the Iranian Supreme Leader take regional steps as we thought? How and in what ways is the U.S. military’s conflict with Russian proxies playing out?

Artificial intelligence can influence national security strategy formulation in any number of ways. It provides both opportunities and challenges to decisionmakers—many of which remain unknown. An illustrative, but far from exhaustive, survey includes the following areas:

Going forward, artificial intelligence could influence who joins and succeeds in the national security profession, how familiar they are with what machines can and cannot tell us, and how responsible oversight is conducted. One analogy worth considering is how the national security profession has dealt with nuclear weapons. In that area, a small cohort of experts, composed of what is teasingly referred to as the priesthood, has helped foment the belief that policymakers must become deep experts and scale massive barriers to entry in order to meaningfully contribute to decisions on this topic.