The shadowy world of Big Tobacco: Africa comes cheap at the price 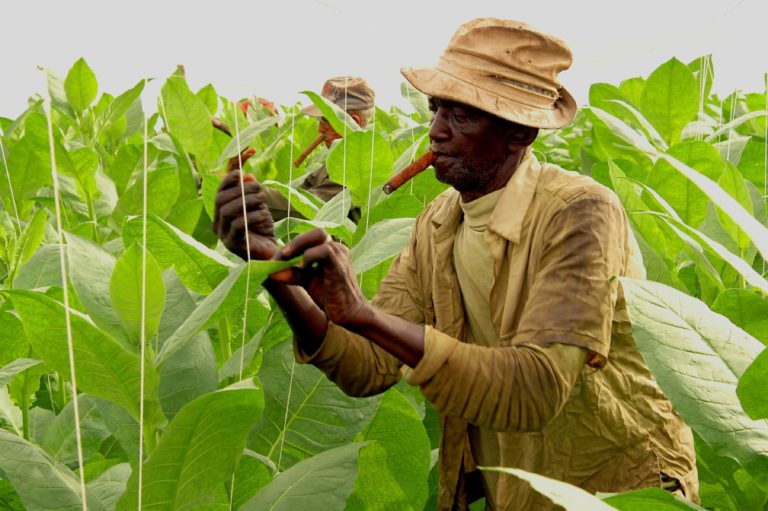 These are the words of whistle-blower Francois van der Westhuizen who was being interviewed on the BBC’s investigative programme Panorama this week about the work carried out by FFS, a Johannesburg-based private security company, for British American Tobacco (BAT).

According to BAT, FFS was a company it employed to support South African law enforcement in its effort to root out the trade in illicit tobacco.

Van der Westhuizen tells a different story. “There were no rules… We became part of that world of criminality… Our people broke into people’s premises two o’clock in the morning like a thief in the night to place devices [vehicle trackers].”

Interviewed on the same programme, another former FFS employee turned whistle-blower, Pieter Snyders, confirmed that paying bribes, using tracking devices, hiring spies, tapping telephones and watching the trucks of competitors was all in a day’s work. This was not about tackling illegal cigarettes, he said, “it was all about undermining the competition”.

These whistle-blower accounts, together with leaked company documents, invoices, emails and court records were analysed by researchers at the Tobacco Control Research Group at the University of Bath. Collectively, the information appears to suggest that British American Tobacco used payments to dozens of individuals and potentially unlawful surveillance to tighten its already crushing market grip on Africa.

While the two reports cover different, meticulously analysed data sets, several common threads emerged. The first is that BAT appeared to be operating “as if it were above the law”; the second is that much of this deceitful or potentially illegal activity may have been overseen by its London headquarters, and the third is that the behaviour was systemic, rather than the work of a few rogue operators.

“Our analysis shows that BAT’s potentially corrupt practices in Africa were not just the work of a few bad apples,” said Andrew Rowell, Senior Researcher, Tobacco Control Research Group at the University of Bath. “The geographic spread of the activity, the infrastructure used and the number of senior staff involved suggest that BAT’s payments were routine, with the evidence trail frequently leading back to BAT’s London headquarters. This is not the kind of company any government should leave unregulated or fail to investigate.”

There are some people who are not surprised by the reports, which add a level of detail previously unseen to information that has been bubbling to the surface for years.

“BAT had come under enormous pressure from low-cost manufacturers in SA; those who produce the so-called cheapies. They had every incentive to play dirty,” says Telita Snyckers, an illicit trade expert and former SA Revenue Service (Sars) executive.

“I’ve been talking about this since 2013, but no one was listening,” adds former Sars executive and rogue unit accused, Johann van Loggerenberg, who has authored four books on the subject.

“What is unfathomable is that neither in the UK nor South Africa is law enforcement interested in this. There appear to be different rules for different entities and if you are a big multinational, there is no appetite.”

This may have been the case when previous STOP reports have pointed to BAT’s involvement in tax evasion, as documented in this Business Maverick article. But these reports point to something altogether more sinister – criminal activity including bribery and corruption.

In South Africa, BAT apparently oversaw two elaborate networks of paid informants that operated under the guise of anti-illicit trade monitoring. Analysis suggests the overarching strategy was not an anti-smuggling one, but rather anti-competitive. The goal appeared to be disruption of the legal and illegal operations of BAT South Africa’s competitors.

In response to the investigative report and the Panorama programme, BAT emphatically denied the allegations, arguing that FFS was a third-party service provider that was used to support and help “law enforcement agencies in the fight against the criminal trade in tobacco products”. BAT stopped working with FFS in 2015.

However, Van der Westhuizen told the BBC that his actions were done with the full knowledge and support of those in the higher echelons of BAT. “I even got the instructions from BAT personally – personal instructions were given to me to do these kinds of things. Industrial espionage? Yes.”

When it comes to its activities in the rest of Africa, researchers identified about 236 potentially questionable payments totalling $601,502 impacting 10 countries in East and Central Africa: Burundi, Comoros, Democratic Republic of Congo, Kenya, Malawi, Rwanda, Sudan, Tanzania, Uganda and Zambia. These included about $28,500 to sources within the Kenya Revenue Authority and more than $35,000 to a former justice minister, allegedly in exchange for intelligence and to influence a tender; and $20,000 to the chair of a Ugandan parliamentary committee to “amend” a report into BAT competitor Continental Tobacco.

“BAT used these payments to influence policy in its favour and sabotage its competitors,” says Rowell. “One of the perverse things about it was that it was able to buy Africa on the cheap – bribes were between $3,000 and $20,000. BAT sees Africa as a continent to exploit, one where it will sell its cigarettes at any cost.”

There were times when the cost was higher. Research by the Bureau of Investigative Journalism, which worked with STOP and the BBC on BAT papers, suggests that in Zimbabwe one of BAT’s operations spiralled out of control, resulting in the alleged payment of a bribe of between $300,000 and $500,000 to Robert Mugabe, then Zimbabwe’s ruler, to remedy the situation.

The bribe was alleged to have been requested by an official in Mugabe’s Presidential Office in the lead up to the dictator’s successful 2013 re-election campaign, at a time when international sanctions and political turmoil had left his party, Zanu-PF, desperate for hard cash.

The release of the two reports, coupled with the revelations in the BBC’s Panorama programme, has led to calls from Transparency International UK for BAT to be investigated and held accountable.

“These latest allegations should now be investigated by the Serious Fraud Office. Given the company’s continued denials that any wrongdoing occurred, if sufficient evidence is found to prosecute, there should be a presumption against the offer of a Deferred Prosecution Agreement. Offering these deals to companies that refused to acknowledge there was a problem undermines their use as a deterrent against economic crime and an incentive for companies to report wrongdoing to law enforcement agencies themselves,” says Duncan Hames, Director of Policy at Transparency International UK.

For his part, Van Loggerenberg is resigned to the inaction. “It amazes me that the BBC can get a whistle-blower to explain how they bribed Mugabe, and another to describe their illegal activity in South Africa, but the authorities cannot.”

In response, BAT said it “emphatically rejects the mischaracterisation of its anti-illicit trade activity by the BBC and the Bureau of Investigative Journalism.”

BAT has long been committed to fighting the global criminal trade in illicit tobacco. As part of those efforts, BAT has sought to assist national law enforcement agencies in providing support and, in the past, intelligence on suspected illicit operators.

These efforts in combating illicit trade have been aimed at helping law enforcement agencies in the fight against the criminal trade in tobacco products with the aim of countering the seriously detrimental effects that illicit trade has on society, the company said in an official statement on its website. DM/BM