Together, African Countries Have Enough to Fight COVID-19 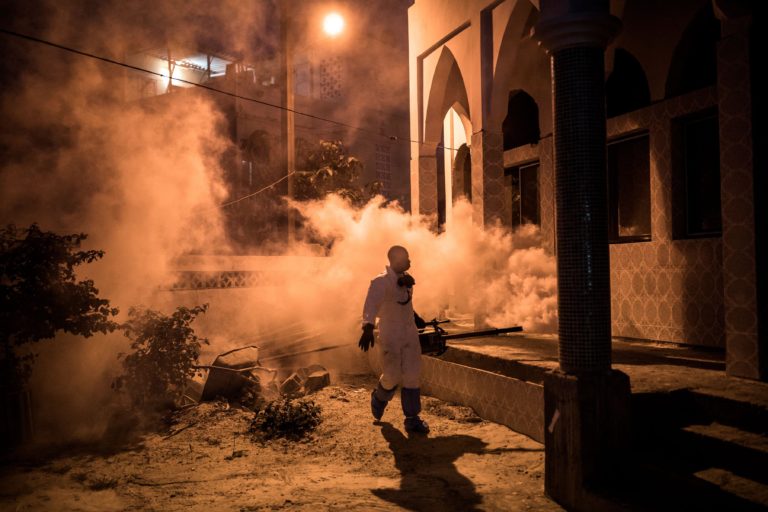 [CAVIE-ACCI] Africa can mount a stronger COVID-19 response strategy by using regional trade blocs to coordinate, consolidate, and connect resources across the continent.

Two opposing narratives have emerged about COVID-19 and Africa. The first is that cases are doubling, infections are increasing, and an uncontrollable swell of COVID-19 cases and deaths will soon overtake healthcare systems across the continent.

The other says that the epidemic in Africa may actually be subdued and that the continent has likely avoided catastrophe due to early action to prevent imported cases, as well as a young population.

A new modelling study from the WHO Africa Regional Office predicts the truth is likely somewhere in the middle. This new study estimates 47 African countries will not have as many severe cases or deaths as the rest of the world, but these countries should still expect 190,000 deaths and five million additional hospitalizations within this first year.

While this study may give some hope; across Africa fragile health systems exist in a milieu of other health, environmental and economic challenges. Therefore, this scenario is still concerning for individual countries that have, in general, overstretched healthcare systems during non-epidemic times.

The African Union’s Centre for Disease Control (ACDC), realized early on that African countries must act collectively. Since late January, they have responded with high-level coordination of resources, specialist training, and region-specific guidance for governments. While ACDC has started work to coordinate testing efforts, bigger tasks lie ahead to care for cases with acute respiratory infections across the AU’s 55 distinct member countries.

Furthermore, on a continent where it is estimated more than one-third of economic activity is informal, restrictive public health response measures such as extended lockdowns could result in enormous damage to livelihoods in many countries, with wider health implications than COVID-19. Estimates of the economic impact of COVID-19 on Africa range from 2-5 percent decline of GDP by the end of 2020, an outcome that could take 25 years to reverse.

While varying in performance, productivity, and cross-sectoral involvement, these RECs hold the common goal of harmonizing development and integrating the economic pursuits of their member nations. These existing relationships, shared social and cultural characteristics and tied economic and trade interests can be a strong foundation for a larger and better-resourced African COVID-19 response.

During this pandemic, surveillance at border crossings and monitoring migration patterns can help prevent or track and trace the spread of infections. RECs could play a part in coordinating the monitoring of border crossing activity, especially to align non-pharmaceutical interventions such as curfews, lockdowns, and rules on social gatherings. This is important since borders in Africa are often porous with ethnic groups regularly travelling between countries so social distancing measures may need to be tailored in these areas.

Initial attempts by the EAC to coordinate action by member states have not been successful and there are continued fears that certain groups, such as truck drivers in East Africa, are spreading the virus. However, working closely with public health institutions, RECs such as the EAC could help develop practical policies that accurately reflect the realities of land crossings and seaports and formalize their monitoring and reporting of border activities.

RECs are also well-placed to facilitate the consolidation of resources between and within sub-regions. The needs and strengths across these regions are different yet complementary – there is a need for a central body to understand this and coordinate matching needs with available resources across regions and countries. It could start by compiling an inventory of clinical and non-clinical health service roles, equipment, and medical commodities – RECs could either support the AU in supplying regional warehouse hubs or connecting needs within and across regions.

Northern Africa, with an older median population, is experiencing the highest deaths on the continent, while sub-Saharan Africa is fighting to obtain testing commodities and reagents. The respective RECs could coordinate the sharing of infectious disease control expertise from sub-Saharan Africa to North Africa, and streamline the purchase of key supplies such as face masks and diagnostics from North Africa to sub-Saharan African regions in need.

Since the beginning of the epidemic 42 African countries have applied some type of border closure, even though this will likely result in damaging socio-economic impacts. RECs could lead the revival of commerce through common agreements and monitored reopening of trade routes, and could also quantify financial risks within and between sub-regions. Leveraging existing free trade agreements within RECs could soften the blow of COVID-19 economic losses and decrease the need for increased borrowing and debt.

Orchestrating a recovery to enable intra-African commerce would provide a lifeline to regional airlines and mitigate the macro-economic effects of COVID-19 by preserving jobs in the cargo, import/export, and manufacturing industries throughout the unknown duration of the pandemic.

Trade blocs were created because countries realize that, in a globalized world, isolated nations are not politically or economically viable. It’s time to admit that this remains true during public health crises. Given that the COVID-19 trajectory in Africa is likely still at the beginning, the time is now for governments to use the existing REC structure for sub-regional economic coordination to strengthen the continent’s pandemic response strategy.