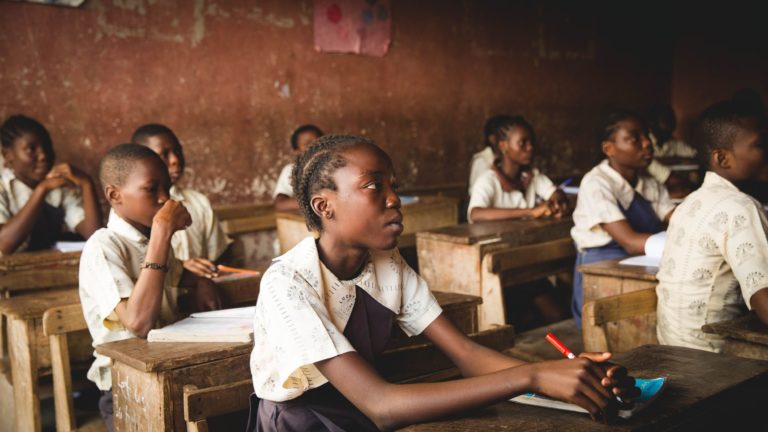 [ACCI-CAVIE] The United States Government’s partnership with Malawi – under the Secondary Education Expansion for Development (SEED) project – has reached a milestone as two firms have awarded contracts to construct 38 rural secondary schools across nine districts in the country.

The project is being carried out through the US Agency for International Development (USAID) and the US President’s Emergency Plan for AIDS Relief in a US$90 million partnership to improve education and health outcomes for the country’s youths.

The SEED project, which has two components — SEED Urban and SEED Rural — is targeting rural adolescent girls and young women. A statement from Ministry of Education’s public relations officer, Chikondi Chimala, says the contracted firms are Dika Construction, a firm of Malawian origin, and Bozdemir, a firm domiciled in Turkey and ground breaking for these construction works is expected before the end of the year 2021.

“Once operational, the schools will expand education access for over 9,000 youth based in rural areas of the country,” said the statement.

“Each school will consist of four classrooms, one science classroom, two teachers’ houses, latrine blocks and a borehole well.”

Through SEED Urban, the project successfully constructed and handed over to Malawi Government 96 classrooms in 30 urban schools in the cities of Blantyre, Zomba, Lilongwe and Mzuzu.

Through SEED Rural, the project will construct new secondary schools in rural areas, creating up to 40,000 new seats across the country.

At the official launch of the SEED program through the expansion of Kawale Community Day Secondary School in Lilongwe in 2019 that now has four additional new classrooms, it was disclosed that the project will increase access to secondary school nationwide by as much as 20%.

According to mw.usembassy.gov, the SEED program is based on the compelling idea that improved access to secondary school significantly improves education and key health outcomes, such as delayed sexual activity and reduced rates of HIV infection.

“For this reason, the SEED program was designed to draw approximately 50% of its US$90 million in United States government funding from the health sector,” the US Ambassador is quoted as saying on mw.usembassy.gov.

“This is the first time the United States government has approved this innovative approach. Too many students are unable to enrol in secondary school due to limited space. Many of those who do enrol must travel more than 20kms every day to attend school.” The Ambassador is further quoted as saying given the trailblazing nature of the partnership, “it is critical that the site selection process for the new schools achieves improved health outcomes, while also ensuring that students who do not currently have access to secondary education can go to school in their own communities”. “The world will be watching as the Government of Malawi and the US Government work together to test this innovative approach. We are so pleased that the transformative work of SEED is taking place in Malawi.

“As some of you may know, increasing the number of adolescent girls and boys attending secondary school in Malawi has been a major undertaking by the US Government for a number of years — working with local partners we have already established 16 new Community Day Secondary Schools in eight districts.”

The SEED program builds upon, and complements, other US Government’s health and education investments and another US development agency, Peace Corps, will support SEED by assigning volunteers to serve as education specialists in some of the new schools.

“With SEED, we are bringing secondary schools closer to where girls and boys live, and the Government of Malawi is reducing school fees and providing qualified teachers for the new schools,” the Ambassador had said at the launch attended by former President Peter Mutharika.

“Together, this removes major barriers that prevent students from completing their secondary education. The reasons for investing in SEED are simple — to develop skills and abilities of young people, especially girls, promote economic prosperity, healthier children and stronger families and communities.

“In Malawi, adolescent girls and young women face many daunting challenges. A girl is 50 times more likely to be married by the age of 18 than attend university.

“Thirty percent of girls give birth by their 18th birthday and violence against women is widespread with one in five females reporting being sexually abused by age 18. Keeping girls in school helps reduce HIV infection rates by over 36%.

“It prevents child marriage and early pregnancy; it increases economic self-sufficiency and prosperity. SEED will serve as a powerful partner to the USGovernment’s DREAMS initiative, which is designed to reduce HIV infections among the most vulnerable girls and young women.

“Malawi’s results are some of the best globally among the 15 DREAMS countries. Young Malawian women between the ages of 15 and 19 have achieved a 34% reduction in HIV infections.”

The US Ambassador also asked families to take advantage of the SEED program by helping all boys and girls “to succeed in primary school to prepare them for secondary school by enrolling them into the 200-plus new schools that the project will provide”.