Why Nigeria reinforced a ban on cryptocurrency trading 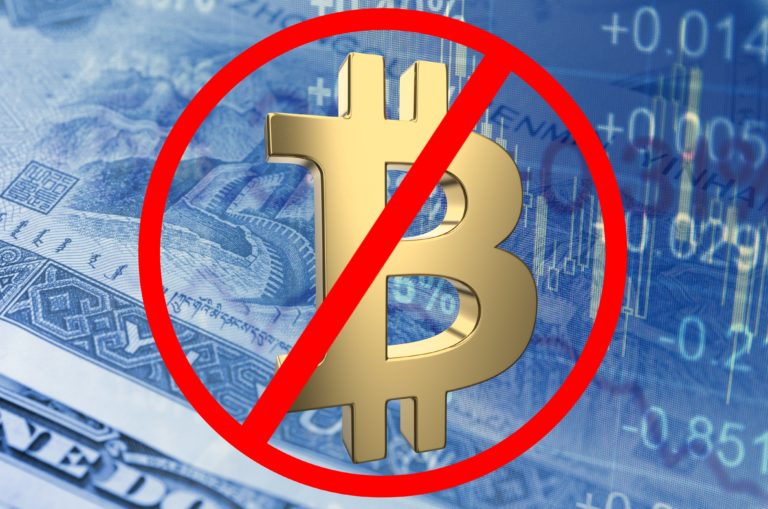 [ACCI-CAVIE] The Central Bank of Nigeria (CBN) on February 5, 2020, issued a statement reminding regulated banks in Nigeria that “dealing in cryptocurrencies or facilitating payments for cryptocurrency exchanges is prohibited.”

As such, all banks should “identify persons and/or entities” transacting with cryptocurrency or operating crypto exchanges on their platforms and “ensure that such accounts are closed immediately,” the statement added. It also warned that any breaches of the order would face “severe regulatory sanctions,” the order states.

The statement prompted a fierce response from Nigerians who took to social media to express their disappointment about the ‘ban’ on cryptocurrency trading. Some labeled the move as unresponsive to the economic needs of the Nigerian youth.

However, the CBN issued a release to clarify its earlier statement. In the release, the CBN explained that it has not imposed a new law banning cryptocurrency trading but that there is an existing law against cryptocurrency in Nigeria. “It is important to clarify that the CBN circular of Feb. 5, 2021, did not place any new restrictions on cryptocurrencies, given that all banks in the country had earlier been forbidden, through CBN’s circular dated Jan. 12, 2017, not to use, hold, trade and/or transact in cryptocurrencies,” the statement said.

The CBN said its action was not an outlier as countries such as China, Canada, Taiwan, Indonesia, Algeria, among others have either placed restrictions or banned cryptocurrency trading. According to the CBN, it is concerned with the significant risks that transacting in cryptocurrencies portend-risk of loss of investments, money laundering, terrorism financing, illicit fund flows and criminal activities.

This position of the central bank comes on the heels of an investigative piece by Nigeria’s This Day newspaper, revealing that authorities in Nigeria were warned by the United States’ Federal Bureau of Investigation, (FBI), on the activities of fraudsters using cryptocurrencies to bring into the country hundreds of millions of US Dollars illegally obtained from the USA and other Western economies.

“The FBI had discovered that fraudulent Nigerians, popularly known as yahoo boys, took control of large chunks of money released as a stimulus in the wake of the devastating effects of the COVID-19, which has put many Americans out of jobs,” according to the publication.

To avoid detection, these fraudsters had been sending millions of dollars to Nigeria through cryptocurrencies, the paper alleged. This made it difficult for the authorities in both Nigeria and the US to trace the illicit monies, the investigative piece added.

The investigative piece also quoted a highly placed source at Nigeria’s presidency saying: “These fraudsters remitted between $200 and $300 million to Nigeria every week, using cryptocurrencies. The Central Bank and the federal government were clearly alarmed by this development and had to act fast before irreparable damage is done to the economy.”

Also, the fact that cryptocurrencies are issued by unregulated and unlicensed entities is another concerned for the central bank. The CBN further explains that cryptocurrency use in Nigeria goes against its key mandates enshrined in the CBN Act (2007) as the issuer of legal tender in Nigeria.

“The very name and nature of ‘cryptocurrencies’ suggests that its patrons and users value anonymity, obscurity, and concealment,” the central bank said. “The question that one may need to ask therefore is, why any entity would disguise its transactions if they were legal.”

The CNB also cited famed US investor Warren Buffett who called cryptocurrencies “rat poison squared,” a “mirage,” and a “gambling device.” Mr Buffett believes it is a “gambling device” given that they are mostly valuable because the person buying it does so, not as a means of payment; but in the hope, they can sell it for even more than what they paid at some point.

The West African nation and Africa’s biggest economy trails only the United States on Paxful, a leading peer-to-peer bitcoin market place. The sharp rise in bitcoin trade, particularly in 2020, has been attributed to the lockdown and the “End SARS” protest across Nigeria.

The coronavirus-forced lockdown in Nigeria also saw the bitcoin trade skyrocketing, recording a 37% increase in new registrations. Paxful, which controls 52% of the bitcoin market worldwide, is the most popular bitcoin platform in Africa and Nigerians make up a quarter of its customer base with 1.3 million registered accounts.

“They mostly use the platform for peer-to-peer and arbitrage trading,” says Nena Nwachukwu, Paxful Nigeria regional manager. “Remittance is also a popular use case.” Nwachukwu says bitcoin transfers are “much cheaper and faster than using traditional money transfer operators.”

Also, cross border challenges in money transfer accounts for the growing using of bitcoins, according to Paxful chief executive officer and co-founder Ray Yussef. “Africa’s largest economy has problems and restrictions in sending and receiving money from inside and outside its borders.”

Meanwhile, the CBN has assured that the crackdown of cryptocurrency trade is will not be inimical to the development of FinTech or a technology-driven payment system.

On the contrary, the CBN said the “Nigerian payment system has evolved significantly over the last decade, leapfrogging many of its counterparts in emerging, frontier and advanced economies propelled by reforms driven by the CBN.”

It said this was evident from the variety of participants, products, channels, cutting-edge technology in the payments system. “It is also validated by the astronomical growth of volume/value of transactions and the fact that Nigeria is an investment destination of choice for international financial technology companies because of CBN’s policies that have created an enabling investment environment in the payments system,” the statement said.