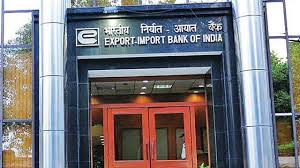 [CAVIE-ACCI] With a continued focus on Africa, India’s Exim Bank (Export-Import Bank of India) has extended the 5th line of credit (LOC) to Sierra Leone. The LOC worth $15 million will be used for the expansion of projects for rehabilitation of existing potable water facilities that will benefit 100,000 residents in 4 communities. The total value of all the 5 LOCs now stands at $168 million and covers sectors such as power, agriculture, potable water.

Specifically, for Africa, India has a total of 211 Line of Credits (LoCs) amounting to US $ 12.85 billion in various infrastructure projects such as power plants, hydroelectricity, power transmission & distribution networks, dams etc. New sectors such as Telecommunication, Defence and Solar have also been included under the Indian govt’s LoCs to Africa in the last few years.

LoCs has been used to build iconic projects like the Mahatma Gandhi Convention Centre in Niger. The centre hosted the OIC FMs meet last year. New Delhi has also extended LOC under new channels including the Economic Community of West African States (ECOWAS) Bank for Investment and Development (EBID).