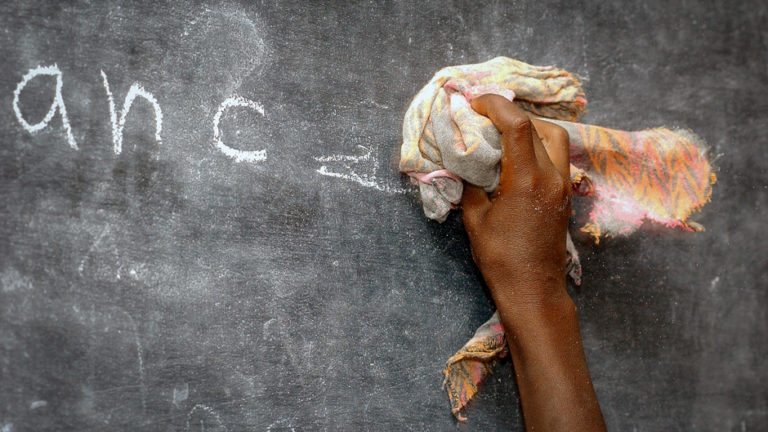 [CAVIE-ACCI] The State Capture Commission of Enquiry brings with it a heightened consciousness to the scale of corruption in present day South Africa. With an estimated R100-billion and counting lost to State Capture, that big heist is monitored by the Africa Center for Competitive Intelligence.

While countries around the globe grapple with increasing levels of government corruption, South Africa’s pressing socio-economic concerns deem it urgent to imagine a system governed by strong anti-corruption ethics.

Over the past few months thousands of South Africans have been tuning in to the Zondo and State Capture Commissions of Inquiry, watching as the full extent of the wreckage done to the country’s fiscal and administrative systems is laid bare.

While corruption seems to be a natural by-product of power, the solution to this culture begins at the root of governance education.

The question of what’s left to salvage after these inquiries have been completed is one thing; but ensuring there are future ethical leaders in business and governance is another. It is clear the latter has never been more important—and business schools must be the first dispensers of this consciousness, said Dr Tim London, Senior Lecturer at the University of Cape Town’s Graduate School of Business (UCT GSB).

“Business schools have a large part to (play) in helping people to see what the impacts are, both in terms of pitfalls of bad governance and positives from good governance,” said London.

“One of the things universities have to do is talk about ethics as part of the regular curriculum. There’s a lot of research that says teaching ethics as a separate course isn’t really helpful,” he said.

London’s key focus area, Values-Based Leadership, is concerned with helping leaders understand their own values, and then using shared organisational values to align structures, culture, and people. This not only makes the organisation more effective, it also makes it easier for people to make ethically sound choices.

This philosophy allows for an holistic approach to leadership, placing skills, values and ethics on the same plane of importance. This, says London, must be assumed as an integral part of leadership training.

While wrapping ethics into the natural course of education may play a significant role in instilling anti-corruption culture in working professionals, an added challenge arises—particularly for experienced individuals who come from environments that have not yet established a clear anti-corruption code.

“Everyone who comes here (to UCT GSB) has been working in the real world for a number of years before they come to study with us,” said London. “In a lot of cases, they’ve seen a lot of unethical behaviour, corruption or just bad leadership.”

While business schools can play their part in producing conscious, ethical leaders, they will still require critical mass to enact dramatic enough change in some of their work environments. The values they develop through post-graduate education still have to be practised in real life in order to affect change in governance.

“The limit for us as educators is putting our graduates back into environments that may not be conducive to improved ethical, leadership, or governance initiatives,” London said.

“Teaching theory alone is insufficient. Simply imparting concepts and expecting them to be applied in practice is largely ineffective,” Sewchurran said. “Ethics should change the way people show up, deliver and show goodness. It is not just knowledge transaction.”

Enacting ethics requires leaders who are able to tune into their core values and those of the organisation—outside of their university safe spaces—as a guiding force in accomplishing organisational goals.

“Business schools must teach critical mindfulness,” said Sewchurran. “Mindful leaders are less reactive and more responsive; they adapt more quickly as situations change and they are more able to regulate their emotions,” he said.

While business schools have their work cut out for them in combating corruption culture, the measure of their success is ultimately recognised in the quality of the graduates they produce. The ideal business school graduate should be able to adapt the knowledge acquired to their professional life. And when it comes to Values-Based Leadership, this would mean a strong consciousness regarding corruption and the ability to honour organisational activities ethically.

“It is a rare kind of leader who combines a concern for [socio-economic issues] with a greater organisational ability and expertise, to become highly capable, influential and impactful,” said Professor Kurt April, who lectures Leadership, Diversity and Inclusion at the UCT GSB.

It is this sort of leadership in particular that South Africa needs going forward. While the ongoing commissions of inquiry symbolise a positive change: one that calls for accountability from the country’s leaders, it is up to future leaders to protect the country from further mismanagement.

“It’s a good start. (But) you need to do a more thorough analysis: who else was involved in this process? You need to hold people to account and that works two ways. One is to punish those who have done wrong; you must also reward those who have resisted. This helps to reset the culture,” he said.

There are practical solutions to corruption offered by business schools like the GSB. And while these solutions may not stamp out the culture of unethical leadership and governance entirely, they assist in reducing the prevalence of corruption, by transforming the organisational culture as a whole.

Future and current leaders in governance need to appreciate that the call of duty goes beyond fulfilling tasks skillfully, but rather cultivating a work culture that is both ethical and efficient without compromise.